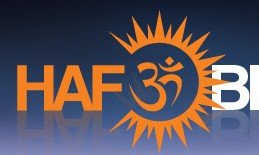 In the wake of President Barack Obama’s mention of religious intolerance in India during his National Prayer Breakfast event, and a New York Times editorial bemoaning alleged religious conversions in India, the Hindu American Foundation (HAF) reaffirmed its commitment to the principle of pluralism and asked the New York Times to oppose predatory proselytization in any form. Offices at HAF have seen a flurry of inquiries and outrage this week over the editorial.

‘President Obama rightly champions Mahatma Gandhi for his principles of non-violence and religious pluralism, and we must strongly condemn any attack on a house of worship -- whether it be a church in New Delhi -- or temples, mosques, and gurdwaras in the United States,’ said Suhag Shukla, Esq., executive director of the HAF. ‘It is difficult, however, to overlook the hypocrisy inherent in the New York Times’ calling out of India over alleged religious conversions to Hinduism when the paper fails to condemn large scale predatory proselytization and religious conversions away from Hinduism and other traditions that are ongoing around the world and funded largely by American institutions.’

As recently as last month, HAF strongly argued that predatory proselytization -- coercing or inducing people to leave their faith with the promise of money, jobs, healthcare, or education in a bid to ‘harvest souls’ -- impacts society as an act of violence.  Leaders have also expressed grave concern over the role US and European faith-based groups play in fomenting hate and contributing to global conflict.

According to the Government of India, US and Europe based Christian evangelical organizations send well over $120 million per year to the country for missionary work, indoctrination, and conversion activity. This massive influx of money often leads to mass conversions and disrupts the cohesion of communities, Shukla added. In other countries which evangelical groups have specifically targeted alongside India, such as in Uganda, Rwanda, and Kenya, the impact has been deadly, especially for LGBT communities.

‘As Americans, we must never compromise as advocates for pluralism and democracy, values that the United States and India share, but also where both nations have fallen short at times,’ said Padma Kuppa, a member of HAF's Board of Directors. ‘We must remember also that religious conversion to Islam and Christianity has long been a sensitive issue in India. This is especially true in recent times, because American faith organizations alone have declared a focus on the so called ‘10-40’ window that geographically demarcates 2.5 billion ‘unreached’ people, including Hindus, to be evangelized and converted.’

Many Hindus in the United States are concerned over a consistent pattern at the New York Times of disparaging Hindus--whether in deprecating Ganesh Chaturthi celebrations in Mumbai or blaming Hindu practice for outdoor defecation. The editorial last week was seen as consistent with that pattern. Even President Obama’s ostensible concerns for India at the prayer breakfast fell flat among Hindu Americans.

‘President Obama could have asked His Holiness the Dalai Lama at the prayer breakfast to give perspective on India’s unique history of pluralism, acceptance, and tolerance,’ added Shukla. ‘And in invoking Mahatma Gandhi, our President and the New York Times should remember his famous denunciations of predatory proselytization:

‘It is impossible for me to reconcile myself to the idea of conversion after the style that goes on in India and elsewhere today. It is an error which is perhaps the greatest impediment to the world's progress toward peace. Why should a Christian want to convert a Hindu to Christianity? Why should he not be satisfied if the Hindu is a good or godly man?’