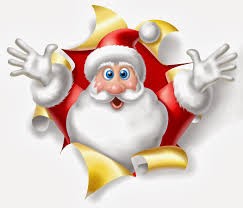 Christmas Day as Good Governance Day? Santa’s day out with kids to be negated in order that kids may recite poems about governance, as if to sneakily suggest that Christmas is somehow a ‘foreign’ festival, Christianity a religion from foreign lands, celebrated by ‘non-Indians’ read  westernised   Macaulayputras? So marking Christmas is a colonial hangover, its repudiation a sign of ‘Indian’ distinctiveness from the rest of the world? How wrong can you get, HRD ministry!

Markets even across the so-called Vedic heartland are alive with trees, stars, angels and carols, in Kerala mass is said in Malayalam, in Goa in Konkani, and a typical Christmas meal ranges from cake to spicy local fare, ladies attend church in their best saris, and the ubiquitous red costume and flowing beard of Santa is beloved of all kids. Santa speaks the language of love and the language of kids. The star of Christmas doesn’t just rise in Bethlehem, it also rises in the town of Kunnamkulam in Thrissur district where Christmas stars are made and sent across India.

There are even Bharatanatyam adaptations of the Christmas story, with Carnatic music and Christmas carols together providing the musical score for a classical dance rendition of the birth of Christ. Localities in Kolkata even perform Sri Jesus puja. Midnight Mass in cities like Kolkata and Mumbai is a thoroughly universal occasion, with scores of non-Christians streaming in to sing carols.

For the millions of Indians educated in missionary schools, Christianity was hardly the religion of fear that the Sangh Parivar may believe it to be. We convent-educated types were never in danger of conversion, we decorated Christmas trees, sang carols and ate Christmas cake because of the plural non-denominational festival of fun that Christmas was and is, its universality resting in the fact that this is a day dedicated to joie de vivre, a day marked by a plural Indian Christianity, where Christmas tree and carols coexisted easily with kanjeevaram saris and traditional Hindu homes. Christmas was always about a homespun desi Christianity in which as historian Ramachandra Guha puts it, teachers named Mohammed Amin and Prem Sagar Dwivedi presided over a college named St Stephen’s.

Today, like all festivals, the spiritual may have become the commercial but all the colours of India are represented at Christmas. So, no, HRD ministry, there’s no loss in civilisational identity for those who heartily belt out jingle bells and Rudolph the red-nosed reindeer on December.
31 Comments