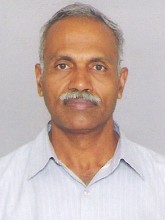 Oh, no, don’t go into the company’s balance sheet. The company may have made huge profit during the past periods, but one of the things I have learnt in the stock market is that a past performance does not guarantee a future performance; the past is the past, and the future can be different from the past. The future can be the same as, better than or worse than the past.

Yet another scenario: the company balance sheet may be good, the sector may be having bright prospects, but the whole economy of the country may be in doldrums. Or, the country may be facing political instability. Or, the foreign nations, such as the USA, the Europe, etc., may be facing tough economic hurdles. When most of our exports are to those nations, our prospects are bound to turn bleak when those economies fall in dire straits. There can be umpteen other reasons too, affecting the stock market and/or the scrip. The point is, it is extremely difficult to look into all those aspects and choose the best scrips. My advice is not to even attempt it.

You are in the stock market. The stock market shows you the direction, it gives you the signals. You should heed those signals. You are following the price movement for both buying a scrip and selling it away. You do not heed anything else for it. The price movement is a creation of the market. When the price rises 5% from the last formed bottom, you buy. When the price falls 5% from the last formed high, you sell. Under the system, you do not go into the balance sheet, the prospects of the company, the sector, the nation, the overseas client-nations, etc. for deciding whether to buy or sell. The market will look into all those aspects, and adjust the scrip-price suitably. The price of a scrip takes everything into account. Following the price movement is all that you have to do. In my view, it is much easier too, than going into the balance sheet, prospects of the sector, economy of the nations, etc., etc. Do not be bothered by all those things. But be guided by the price movement. In other words, cling to the price movement.

The point is, since the price movement, which is the market’s own creation, is your sole guide in deciding whether to buy or to sell, the market itself should be relied on for choosing the scrips too. Look at the market closely for selecting your scrips. There are a few criteria you can apply for selecting scrips. One of the criteria for selection of scrip is the turnover. The scrip should regularly figure in the list of scrips with the highest daily turnover. That is the first criterion. The second criterion is that it should be a part of either the Nifty or Jifty. Nifty is the most important index of the National Stock Exchange. It consists of 50 very large scrips which satisfy certain quality requisites fixed by the stock exchange. There is another index known as Junior Nifty or Jifty. It consists of another set of 50 scrips. The scrip you select for investment should be from among the 50 scrips of Nifty and/or Jifty. Never select any other scrip. After all, how many scrips will you handle at the same time? May be 5, 6 or, at the most 10. Nifty and Jifty have, between them, 100 scrips. Select those 5, 6 or 10 Nifty/Jifty scrips which regularly have the highest daily turnover.

There are two things:  turnover and volume. Turnover is the value of the shares traded. Turnover is the amount that flows into and out of the scrip. Volume is the quantity traded. My priority goes to the turnover. Turnover is the better of signal of public faith in the scrip, than its volume. A scrip with a higher turnover is preferable to a one with a lower turnover, irrespective of the volume.

The selected scrips should also be a part of the derivatives market. That is, they should be scrips which are traded in the futures and options (call and put) market too. This will make sure that the selected scrips do not get subjected to restrictions on price movement. This needs some explanation.

Scrips which form part of Nifty as well as Jifty are not subjected to any such restrictions. There is no limit to their movement. This makes those scrips which are components of Nifty or Jifty worth selecting. Hence my advice to select the Nifty or Jifty scrips.

I will impose another restriction too: Do not select scrips which are priced less than Rs. 50. Select those scrips which are priced above Rs. 50. If a scrip priced, say, Rs. 20, is selected, its 5% will be equal to just Re. 1. A fluctuation of one rupee might happen too frequently. Frequent fluctuations might cause loss. Suppose a scrip was priced above Rs. 50 when you selected it, and that, later, it falls to below Rs. 50. In such a scenario, you will have no option but to continue to deal in it. Having selected it and dealt in it, you will have to continue dealing in it, whatever be its price. But when you select a scrip for the first time, select one which is priced above Rs. 50.

At the start, divide your capital into as many equal parts as the number of scrips selected for investment. Allocate one part of the capital to each of the scrips. Deal in those scrips strictly in accordance with the system which has been described in detail in this and all the preceding chapters. The growth in your capital allotted to the various scrips may not be uniform. At least in some cases, the capital is likely to dip initially, owing to losses suffered in the initial deals. I must warn you that losses are likely to be frequent. Please remember that in the case of Reliance Capital, only 67 deals had generated profit while 49 deals had ended in loss; however, the profit it generated had far exceeded the loss, over the long term.

Sometimes, some scrips get suspended from trading. When a scrip is suspended, it cannot be traded until the suspension is revoked. Scrips in the Nifty and Jifty do not, often, get suspended. Sometimes, the companies themselves might withdraw from the market for a certain, specified period, under certain special circumstances such as acquisition, merger, etc., requiring time for completion.

Daytrading, speculation, trading from home, etc., will be dealt with in the next few chapter/s. 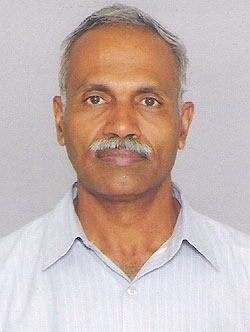