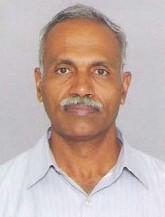 The data given in the Part 5 require some explanation for its clear comprehension. Since the data in the Part 6 are similar to those in Part 5, further explanation of Part 6 will not be needed.

The first column titled ‘Low or High’ contains either the word ‘Low’ or the word ‘High’. It simply indicates whether the figure in the same row in the second column is a low or a high.
The second column, titled, “Amounts of low or high” contains the lows and highs (bottoms and tops) which Reliance Capital formed on NSE during the period from January 1, 2005 to June 6, 2013. The highs and lows were measured using the 5% trigger. It should be noted that all the figures in this column were selected from the closing figures (on NSE). Lower lows and higher highs than these, must have been formed intra-day, but these have not been taken into account for the reason that, if they are also taken into account, the calculation would become massive and cumbersome. Anyone, who is interested, can collect the figures of intraday lows and highs also from the NSE’s website, and arrive at fresh results in lieu of those given in Parts 5 and 6.

‘Quantity Bought or Sold’ is the sixth column. The first mentioned figure in this column is 7. This was arrived at by dividing the initial capital of Rs. 1000 with the buying rate of Rs. 140.85. The decimals in the figure are omitted, and the integer only is taken into account. With an initial capital of Rs. 1000, 7 shares of the scrip could have been bought (and should have been bought) at the rate of Rs. 140.85.

The brokerage of Rs. 10.98 is deducted from the gross profit. It is assumed that brokerage was charged at the rate of 0.50% when the buying was made, and again when the selling was made. Dealers charge brokerage on the same day any deal is done. However, in Parts 5 & 6 I have accounted the brokerage only after every sale.
The actual percentage of brokerage may vary from dealer to dealer. For the purposes of  illustration, I have taken 0.50% as the one way brokerage. That is, 0.50% brokerage on the purchase value, and 0.50% on the sale value. For the sake of convenience, brokerage is calculated after each sale in Parts 5 & 6. Thus, after the first sale, the total brokerage on the purchase amount of Rs. 985.95 and the sale amount of Rs. 1209.60 at the rate of 0.50% came to Rs. 10.98.

Some  dealers charge a lower rate of brokerage when full funds necessary for the purchase are already available with them. When full funds are not available at the time of the purchase, they might charge a higher rate of brokerage. Further, the brokerage might come down when the turn over rises beyond certain levels. For example, an investor whose daily turn over exceeds Rs. 10 lakh might be charged brokerage at a slightly lower rate than those investors who daily turn over is less than a lakh.
The net profit arrived at after deducting brokerage from the gross profit was Rs. 212.67 and is indicated in the tenth column.

When this net profit of Rs. 212.67 was added to the initial capital of Rs. 1000, the cumulative total of the capital went up to Rs. 1212.67 (please see the eleventh column). Thus, when net profit is incurred, the capital goes up and when the capital thus goes up, a greater number of shares can be bought in the next purchase. This ensures growth. However, when loss incurred, the capital balance will go down, and only a lesser number of shares can be bought. This will cause negative growth.

While reasonable care has been exercised in collecting the figures from the NSE site, in locating the lows and highs, in arriving at the levels of purchases and sales, in computing the net profit and the resultant cumulative total of capital, I do not rule out the possibility of errors in these figures and computations. These are all illustrative and not absolute. The intention is just to show how my theory works.

Let us discuss the result.

As mentioned earlier, the above computations do not take into account the highs and lows formed during the course of the same trading day. If they are also taken into account, the net profit can either be more than what is arrived at above, or, it can be less than these figures. In actual trading, the highs and lows touched intraday will also get reckoned automatically. However, I have not gone into it, since the computation, at this stage, will become much heavier and time consuming. Anyone who is interested can himself do those exhaustive computations.

Do not believe even for a second that you will get such huge profits every time you follow this theory. The profit you earn or the loss you incur will all depend on the actual price movement. Reliance capital had shot up from Rs. 134.15 to Rs. 2860 and had then crashed. That was why the profit too shot up. This fluctuation or the rise in this case was a huge 2031%. Such huge fluctuations may not happen all the time. Not only that, fluctuations can even be narrow, and when they are narrow, the profits are bound to be smaller, or the losses can exceed profits resulting in even negative growth.

The returns would have been more modest if the trigger applied was 10%. Please see the Part 6. The initial capital of Rs. 1000 had grown to Rs. 158512.51 at the end of the 8 and a half year period. This would have been equal to a net growth of 15751.25%. This works out to an average yearly growth of 1853%. When compared to the corresponding average yearly growth of 21118% which the 5% trigger scheme would have generated, this 1853% is very modest. However, by normal standards of capital appreciation, even this 1853% is, to put it in simple terms, huge!

5% is the trigger that had been adopted for the calculations given in Part 5. The Part 6 works on the 10% trigger. Those who are interested in other percentages as trigger, can do those computations themselves and compare the results with those of 5% and 10%. No percentage can be the most ideal for all times. If in one particular period, the 5% trigger works best, in another period, perhaps some other trigger, say 7% or even 3% might work better. There is no rule that you shouldn’t switch triggers. You can switch from one trigger to another. Instead of 5%, you can select 6%, or any other percent as the trigger. However, I believe that wavering between different triggers is not only not going to do any good, but it might also prove to be disastrous. If at all, the migration must be in the slab 5 to 10%; this is what intuition tells me. I may be wrong.

Well, you might be itching to ask me how much I had made using my theory. Did I make 179503% profit in eight and a half years?

The frank answer to the question is that I did not make either 179503% or even a fraction of it. Such an idea had never struck me at that time. I stumbled upon the idea in January only, i.e., just five months ago. For the exclusive purpose of following this system, I entered it by buying 80 shares of HDIL on January 14, 2013. On June 7 (the last Friday) when I sold it, in accordance with my theory or system, the quantity I sold was 190. In other words, within a matter of five months, the quantity had grown from 80 to 190. This growth in quantity amounts to 137.5% in just five months.
In the next few chapters, I shall deal with the topics such as the need to deal in multiple scrips, selection of scrips, stop loss orders, speculation, the risk of trigger jumping, etc. 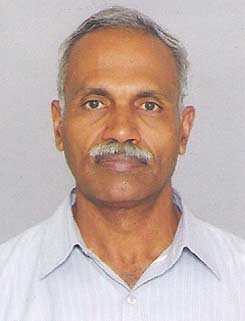