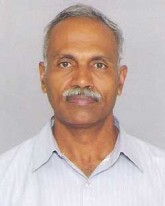 “Investing in equity is injurious to health!”

The parody sounds all too familiar to forget. It parodies ‘Smoking is injurious to health,’ the statutory warning you find on cigarette packets. Though a parody, it can also be true at times, I assure you. There are, however, two differences between the two: smoking pares health steadily;  the sinking is slow, at least initially. On the contrary, investment in equity can sink and, with it, can sink you too in a matter of hours. Satyam Computer, once a blue chip, an integral part of NSE Nifty, and a darling of investors, took only 48 hours to sink from a lofty Rs. 180 to an abysmal Rs. 6. Though it recovered a part of the loss in the months that followed, the steep, 96% fall, that too, in a short span of just two days, was enough to unnerve any investor. The stock market must have triggered a jump in heart attacks when Nifty dived 60% in 2008, and, again, nearly 30% some time later.

The second difference between smoking and stock market investment is a bit more pleasant. There is no recovery from the damages sustained from smoking; they keep aggravating. The health keeps steadily sinking. Ultimately, the inevitable occurs: death. Happily, the stock market can recover; not only ‘can’, it does recover too. Along with the stock market, the investment too can recover, and can even grow healthier. Nifty, which had been at 1902 in April 2005, shot up 230% to 6288 by January 2008. Similarly, the crash in 2008 was followed by a 150% recovery: Nifty rose from 2524, which it had touched in October 2008, to 6312 by November 2010. It is this second difference that increasingly attracts people to the stock market, and makes them remain glued to it.

Before the prospect of huge profits propels you to jump into the fray, I should hasten to add one more example, not any less bitter this time, so that you may sober up and do a little bit of thinking before you take the plunge. Reliance Capital, an important scrip of the Anil Dhirubhai Ambani Group, went up, literally like a rocket, from Rs. 134 around which it had been languishing in January 2005, to Rs. 2860 by January 2008. The net appreciation was – hold your breath – a massive 2034%, I repeat, 2034%. Now grip your seat tight, here is another shocker: the scrip crashed a whopping 92% to Rs. 232 by January 2012. What remained, in January 2012, was a mere 8% of the giant it had once been four years ago. The scrip hovers around Rs. 328 at the time this is being written.

The crucial question is, is there a way a substantial profit can be earned from the stock market but without sustaining losses of the kind mentioned above?  Before I answer this question, we have to consider the fact that even the foreign Institutional Investors, including the world-renowned Merrill Lynch, Morgan Stanley, J P Morgan, Goldman Sachs, and so on, have all sustained heavy losses in stock markets around the world time and time again. When these goliaths with trillions of dollars at their command have suffered losses themselves, which investor can hope to be immune to losses in stock market?  No one has a magic wand that can protect an investor from losses. Still this is my answer to the question:  Yes, there is a way an investor can, in the long run, limit his losses and maximize his profits if he is, and does remain, shrewd enough.

Now, the term, ‘Shrewd’ is quite a subjective one, as shrewdness is not measurable using any standard scale. I shall try to explain what I had meant by shrewdness in the stock market context. This write up might consist of several parts. By the time the some chapters of this write up are released, what I meant by shrewdness will get amply explained. In the process, a well defined method of investment-cum-trading will also, hopefully, emerge, which will steer us clear of the usual pitfalls in the stock market, and, at the same time, help us take all that handsome profit which the market very kindly hands us at times.

I regret this write up is in English. Topics related to stock market are easier explained in English.

(To continue into more than a dozen chapters) 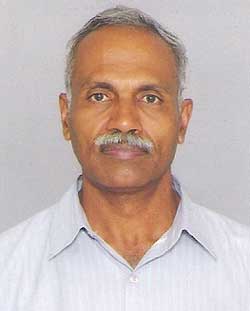