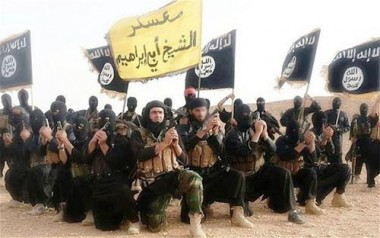 When ISIS changed its name in June from “the Islamic State of Iraq and the Levant” (ISIL, or the Arabic acronym ISIS) to simply “the Islamic State”, this was a shift of enormous theological and eschatological significance.

The Islamic State, or Caliphate (khilafa in Arabic) as the group has proclaimed, denotes the early Islamic state under Muhammad’s first successors, the Caliphs. It is considered by Muslims to be the God-ordained ideal form of Islamic government under which a pious head of state rules the whole Muslim community (umma) under Islamic law (sharia). This is viewed as the golden age of Islam, to be re-created whenever possible. The term is sometimes extended to all Islamic states with caliphs at their heads (the last being the Ottoman Caliphate abolished in 1924). It symbolises the unity of the Muslim umma, even when this does not match reality. All contemporary Islamist movements are dedicated to restoring the Caliphate.

Abu Bakr al-Baghdadi, the leader of the Islamic State, declared himself Caliph on 29 June 2014, claiming therefore to be the leader of all Muslims on earth. He says he is a sayyid, that is, a descendant of the Prophet Muhammad, thereby fulfilling one of the original Sunni requirements for the Caliph to be from Muhammad’s tribe.

Much of Islamic theology is derived not from the Quran but from traditions (hadith) recording the words and deeds of Muhammad (his sunna), which are seen as a pattern for all Muslims to follow.

A helpful letter by British imams and Muslim leaders appeared in The Independentnewspaper yesterday, in which they urged ISIS to release British aid worker Alan Henning and expressed horror and revulsion at the recent murder of another British aid worker, David Haines. They wrote that “the senseless kidnapping, murder and now the despicable threats to Mr Henning at the hands of so-called "Muslims" cannot be justified anywhere in the Quran and the Sunnah (Prophetic traditions).” The Islamic State, however, can quote selected Islamic source texts from the Quran and hadith or sunna to justify what it is doing.

As we have seen, the Islamic State’s main immediate purpose is to establish a radical Islamist Sunni Caliphate across the Middle East. After that its stated targets are Rome and Spain. Rome is apparently used as a symbolic centre of Christianity, while Spain has been “unfinished business” for Muslims ever since they finally lost control of it in the late 15th century. As one hadith says:

Allah's Apostle said, "I have been ordered to fight the people till they say: 'None has the right to be worshipped but Allah.' And if they say so, pray like our prayers, face our Qibla and slaughter as we slaughter, then their blood and property will be sacred to us and we will not interfere with them except legally and their reckoning will be with Allah. – Sahih al-Bukhari (Vol. 1, Book 8, No. 387)

the Messenger of Allah said: I have been commanded to fight against people so long as they do not declare that there is no god but Allah (Sahih Muslim Book 1, No. 30)

The Islamic State takes these hadiths as meaning that it should wage jihad until everyone on earth makes the Islamic declaration of faith, the shahada: “There is no god but Allah, Muhammad is the messenger of Allah.”

The Islamic State has gained worldwide attention for carrying out executions, amputations, crucifixions and lashings in public squares. The bodies are left on display for several days as a warning. The group finds a theological justification for these acts in the Quran. For example:

The punishment of those who wage war against God and His Apostle, and strive with might and main for mischief through the land is: execution, or crucifixion, or the cutting off of hands and feet from opposite sides, or exile from the land. – Q 5:36 (A. Yusuf Ali’s translation)

On Friday 18 July 2014 the Islamic State gave Christians in Mosul an ultimatum: convert to Islam, pay the jizya tax (the traditional Islamic tax payable by non-Muslims, indicative of their subjugated and inferior status in an Islamic state), leave Mosul, or be killed. To concentrate the Christians’ minds, Islamic State fighters sprayed the Arabic letter "Noon" (?) on the believers' homes to mark them out as targets. This is the first letter of the Arabic word for “Nazarenes” i.e. Christians.

On their way out of the town 1,500 families of Mosul's Christian population were robbed at the Islamic State checkpoints. This also followed a Quranic command.

Fight those who believe not in God nor the Last Day, nor hold that forbidden which hath been forbidden by God and His Apostle, nor acknowledge the Religion of Truth (even if they are) of the People of the Book until they pay the Jizya with willing submission and feel themselves subdued. – Q: 9:29 (A. Yusuf Ali’s translation)

THE END TIMES AND THE FINAL BATTLE

The Islamic State’s flag is black with the shahada written upon it in white. The colour of the flag is in line with an End-Times prophecy in Islam. One hadith says:

When you see that black flags have appeared from Khorasan then join them. Because Allah’s Khalifa Mahdi will be among them. (Musnad Ahmed, vol. 8, No. 2427)

The hadiths speak of a black-flagged army that will rise out of Khorasan (which is modern-day Afghanistan) and that will be led by the Mahdi (an Islamic End-Times messiah figure) who brings with him the restored Caliphate. By using the black banner and proclaiming a Caliphate, the Islamic State is making itself the fulfilment of these End-Times prophecies.

Another important eschatological point that frames the deeds of the Islamic State is the belief among some Muslims that the Islamic Age will only last for a little over 1,400 years. Some Islamic scholars have calculated 1,500 years or even 1,900 years, but for those who use the 1,400+ figure, the end of the world is likely to take place very soon. According to the Islamic Calendar (a lunar calendar of 354 days per year, starting in 632 AD), it is already the year 1435. One hadith says:

People will gather around the Mahdi in the fourteen hundreds, (Risalat Khuraj Al-Mahdi, p. 108) and another:

The Islamic State sees itself in this light, playing a key role in the End Times in fulfilment of many prophecies, when all the enemies of Islam (particularly Christians) will be defeated. Even the name of its magazine, Dabiq, reflects this. The Islamic State is preparing for what it calls “the war of the cross”, an apocalyptic confrontation with the West. The group's priority is to defend the “Prince of the Faithful”, their leader Abu Bakr al-Baghdadi. Its fighters are reported to be in a state of euphoria because they are finally going to get the opportunity to fight “the alliance of tyrants”. Their main aim is to “remain steadfast as long as possible” in the face of what they recognise to be superior Western weaponry. They are aiming for a “strategy of resistance that the Crusaders have no capacity for,” apparently meaning that simply to survive the assault of an alliance of 40 states without being utterly defeated would indicate the action of a divine power on their side. “If we survive, Muslims around the world will understand that the continuous stories and hadiths prophesied of us as masters of the end time Caliphate according to the prophetic methodology,” skyped one Syria-based Islamic State fighter.

The terrorist organisation Jemaah Islamiyah, which has cells in Thailand, Singapore, Malaysia and the Philippines, has also expressed its support for the Islamic State and its operations in Syria and Iraq. Al-Qaeda in the Islamic Maghreb, which is believed to operate from Algeria through Mauritania, Mali, Niger, Libya and Chad, has pledged allegiance to the group, and Al-Qaeda in the Arabian Peninsula (AQAP), which operates in Yemen and Saudi Arabia, has also declared its support. Philippines separatist Islamist groups in Mindanao, including the Bangsamoro Islamic Freedom Fighters and Abu Sayyaf, have also pledged their loyalty to the Islamic State.

There have also been reports of Chinese Uyghur Muslim women and girls being used as sex slaves / wives of the Islamic State combatants. It is estimated that there may be as many as 100 Chinese Muslims fighting for the Islamic State.

Islamic State supporters in Spain have launched a social media campaign aimed at generating support for the group across the Iberian Peninsula. The campaign shows historic Muslim palaces across Spain with slogans such as “Long Live the Islamic State" and a video in which a jihadist says:

I say to the entire world as a warning: We are living under the Islamic flag, the Islamic caliphate. We will die for it until we liberate those occupied lands, from Jakarta to Andalusia. And I declare: Spain is the land of our forefathers and we are going to take it back with the power of Allah.

Support for the Islamic State is also spreading in the Balkans, which until the 19th century was still under Islamic control. Forty militants were arrested in Kosovo in August on suspicion of maintaining close links with the Islamic State. It has been noted that Albanian is one of the primary languages into which the Islamic State proclamations are translated, the others being English, French, Russian and Turkish.

In the UK leaflets have been handed out in London calling British Muslims to join the Islamic State and support its Caliph. The flag of the Islamic State has also been flown in at least one London council estate. In Vienna Islamic State supporters have started selling fan merchandise online. There have also been suggestions that the Islamic State may attack the United States of America from Mexico by crossing over the border.

EXPECTING CHRIST TO FIGHT ON THEIR SIDE

It is likely that all the Islamic State’s members and supporters around the world are united in seeing the group as the fulfilment of countless prophecies in the Quran and hadith. They will be anticipating that the whole complex drama of Islamic eschatology will shortly be played out, including the return of Isa (the Quranic word for Jesus). Although fighting against “Crusaders” and the cross, i.e. against Christians, is a key aspect of the Islamic State’s ideology, its militants will expect Christ to fight on their side. For Islam predicts that when Isa returns it will be as a Muslim, who will destroy all signs of Christianity and convert all Christians to Islam, so that there will be no more crosses or payment of jiyza. A hadith says:

Abu Huraira reported that the Messenger of Allah (may peace be upon him) said: By Him in Whose hand is my life, the son of Mary (may peace be upon him) will soon descend among you as a just judge. He will break crosses, kill swine and abolish Jizya and the wealth will pour forth to such an extent that no one will accept it. (Sahih Muslim, Book 1, No. 287)

Abdullah b. 'Umar reported that Allah's Messenger (may peace be upon him) said: The Jews will fight against you and you will gain victory over them until the stone would say: Muslim, here is a Jew behind me; kill him. (Sahih Muslim Book 41, No. 6984)

Having converted all the Christians and killed the Jews and pagans, there will be no-one but Muslims left in the world. The Islamic State expects to play a major part in accomplishing this End Times vision.