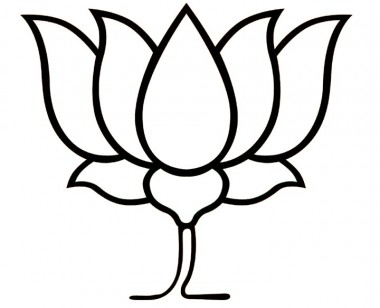 [The two news reports, reproduced below, read together provide us with a fair idea about the future of Indian education system, at the school level, in particular.
That Dina Nath Batra, the (exalted!) author of Tejomay Bharat, is the one likely to head the unofficial commission to study "the present education system and suggest corrective steps to make it Bharat-centric" speaks (eloquently) for itself.]


Gujarat's new compulsory reading list for government primary and secondary students doesn't just seek to educate students on "facts" about India's culture, history and geography. It also has its own take on science, particularly landmark inventions.
"...America wants to take the credit for invention of stem cell research, but the truth is that India's Dr Balkrishna Ganpat Matapurkar has already got a patent for regenerating body parts.... You would be surprised to know that this research is not new and that Dr Matapurkar was inspired by the Mahabharata. Kunti had a bright son like the sun itself. When Gandhari, who had not been able to conceive for two years, learnt of this, she underwent an abortion. From her womb a huge mass of flesh came out. (Rishi) Dwaipayan Vyas was called. He observed this hard mass of flesh and then he preserved
it in a cold tank with specific medicines. He then divided the mass of flesh into 100 parts and kept them separately in 100 tanks full of ghee for two years. After two years, 100 Kauravas were born of it. On reading this, he (Matapurkar) realised that stem cell was not his invention. This was found in India thousands of years ago." -- Page 92-93, Tejomay Bharat
"We know that television was invented by a priest from Scotland called John Logie Baird in 1926. But we want to take you to an even older Doordarshan...
Indian rishis using their yog vidya would attain divya drishti. There is no doubt that the invention of television goes back to this... In Mahabharata, Sanjaya sitting inside a palace in Hastinapur and using his divya shakti would give a live telecast of the battle of  Mahabharata... to the blind Dhritarashtra". -- Page 64
"What we know today as the motorcar existed during the Vedic period. It was called anashva rath. Usually a rath (chariot) is pulled by horses but an anashva rath means the one that runs without horses or yantra-rath, what is today a motorcar. The Rig Veda refers to this..." -- Page 60
The 125-page book, Tejomay Bharat, that these passages are excerpted from was recently mandated as supplementary reading by the Gujarat government for all government primary and secondary schools.
Published by the Gujarat State School Textbook Board (GSSTB), the book seeks to teach children "facts" about history, science, geography, religion and other "basics".

Tejomay Bharat is to be distributed along with eight books written by Dina Nath Batra, a member of the national executive of Vidya Bharati, the educational wing of the RSS. Batra's books, translated into Gujarati and published by the GSSTB, have also been mandated as supplementary reading by the state government.
Each of these books carries a customised message from Narendra Modi, as then chief minister, while Batra's books praise him and the GSSTB. Tejomay Bharat carries a message from Modi praising the GSSTB for republishing the book.
The book has chapters such as Adhyatmik Bharat (spiritual India), Akhand Bharat (undivided India), Vigyanmay Bharat (scientific India), and Samarth Bharat (competent India). The book's content advisor is Harshad Shah, vice-chancellor of Childrens' University in Gandhinagar who was Gujarat chairman of Vidya Bharti till 2006. The review committee includes Ruta Parmar and Rekha Chudasama, both associated with Vidya Bharati.
Shah told The Sunday Express, "Tejomay Bharat gives an insight to students about our rich culture, heritage, spiritualism and patriotism. The language has been kept simple, which is apt for students. These are to be given free of cost to all schools, while 5,000 copies priced at Rs 73 have been prepared for those other than students."
Asked how schools would reconcile the "facts" of Tejomay Bharat with the NCERT syllabus, the Deputy Commissioner, Kendriya Vidyalaya Sangathan, Ahmedabad region, P Dev Kumar, said, "Being a government servant, I am here to follow and implement government policies. Though we have not been told of any change in the NCERT curriculum for this academic session, if there is any for the next year, we have to wait and watch."
Tejomay Bharat also objects to the country being called India. "We should not demean ourselves by calling our beloved Bharatbhoomi by the shudra (lowly) name 'India'. What right had the British to change the name of this country?... We should not fall for this conspiracy and forget the soul of our country (Page 53)."
"It is better to die for one's religion. An alien religion is a source of sorrow," the book says on Page 118. "Guru Gobind Singh had four sons – Ajit Singh, Juzar Singh, Zoravar Singh and Fateh Singh... King's men tried hard to convince them, but they courageously replied, 'Our grandfather Guru Tegh Bahadur gave his head for saving Hindu religion and we will also give our lives but will never leave our religion'."

Shiksha Sanskriti Utthan Nyas, an organisation affiliated to the Rashtriya Swayamsevak Sangh (RSS), has set up Bharatiya Shiksha Niti Aayog (Indian Education Policy Commission), the first commission of its kind in the non-governmental sector, to study "the present education system and suggest corrective steps to make it Bharat-centric". Likely to be headed by Dinanath Batra - who shot to fame when he pulped American scholar Wendy Doniger's book on Hinduism - this body is being seen as RSS' effort to
mount pressure on the Narendra Modi-led government to implement the Sangh agenda of "saffronisation" of education and to prevent the latter from diverting from its core ideals.
Though the commission was formed a few months ahead of the swearing-in of the Modi government on May 26 - Sangh mouthpiece Organiser informs the 'bhoomi pujan' of the office was done in Delhi on April 13 - RSS gave its go-ahead for the panel at a recent Akhil Bharatiya Karyakari Mandal meeting in Madhya Pradesh.
According to Sangh insiders, education is a key area in the RSS' scheme of things and could emerge as a point of conflict in future with the government. Given Human Resource Development (HRD) Minister Smriti Irani's lack of understanding of the Sangh Parivar's functioning, RSS is adopting a wait-and-watch policy. Irani, meanwhile, has managed to establish a good rapport with some senior RSS leaders, but a section of the organization still has reservations about her credentials to occupy the important HRD
portfolio.
Besides Batra, the 21-member commission will have J S Rajput, former director of the National Council Of Educational Research And Training (NCERT); Kapil Kapoor, former pro vice-chancellor of Jawaharlal Nehru University; Badrinarain Khandelwal, former director of the Central Board of Secondary Education (CBSE) and Atul Kothari as members. "It has not taken a final shape. We are contacting all luminaries in the field of education, irrespective of their ideology, for the cause of education. We will prepare
a curriculum framework and that will be circulated and discussed widely. We will seek the country's collective wisdom," said Batra.
"RSS sees in him (Batra) an ideal candidate to lead an agitation if a showdown is inevitable with the government, given the body of work he has done so far," said a Sangh leader who did not want to be named.
On his assessment of the new government's performance, especially the HRD ministry's, Batra said: "She (Minister Irani) has not spoken her heart so far. They (the ministers) are settling... It is good that Smriti Irani has declared that the ministry will set up a national commission for education, on the pattern of the Kothari Commission."
Batra, 85, who has been relentlessly fighting "distortions of Indian history and culture" in the school and college text books, doesn't foresee a clash with the government in the immediate future, but he won't shy away from fighting for the cause. "Our strategy is to fight to live and win.
Apnon se ladna kathin hai (it is difficult to fight with our own people). But when it's for the cause, we have to fight," Batra added.
However, Atul Kothari, the secretary of the Nyas, dismissed any suggestion of a political motive behind establishment of the commission.
"It is an effort to revisit the education system in India and to give shape to an alternative education policy for the country. Though many commissions were set up earlier, successive governments failed to implement their recommendations. Our commission will study the reports of all the commissions so far and come out with a report," said Kothari.
On why the commission was set up at an NGO level, Kothari said: "Education is not the responsibility of the government alone. The entire society has a role to play."
He added the Nyas had given the HRD minister a memorandum highlighting irregularities in various departments under the ministry and "anti-constitutional, anti-national portions" in NCERT textbooks.