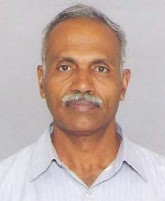 
In chapter 11, I had promised to deal with daytrading, speculation, trading from home, etc. I shall try to deal with some of them in this chapter.

The dictionary meaning of speculation is ‘Engagement in risky business transactions on the chance of quick or considerable profit.’

When we try to find out what speculation is, we need to go a little deeper into the whole topic. As its first step, we shall divide equity investors into three broad groups:

A long term investor holds on to his scrips for several years just as someone holds on to his investment in real estate. There are people who buy landed property and never sell them. Similarly, there are shareholders who buy shares and hold on to them infinitely. Whether the scrips crash or rally, does not sway them.

A short term investor holds scrips for a short period. A short period can be as short as a few days or as long as a few years. All that I have talked about in these chapters were about short term investment. Profit is their main motive; at the same time, they are also conscious of the risks.

Daytraders may buy and sell the same scrip many times the same day. They watch the price movement, and if they think that the price will rise, they buy. If the price rises, they will sell the scrip away, at a profit. If, contrary to their expectations, a scrip which they have bought falls, they might sell it away to limit their losses. They square up their positions before the trading hours end. In other words, they close all their positions before the trading closes on the same day. Every share they had bought during the day, will be sold away on the same day. They will buy back every share on which they had gone short during the day.

A daytrader might create two different positions. Let us take scrip A and scrip B. He might think that the scrip A will rise, and he will buy the scrip. When he has bought the scrip and is holding it, he is said to be long on it. The position he has created in that scrip is a long position. His intention is to sell the scrip when it has risen, and earn the profit. Before the trading comes to an end, the daytrader will be selling the scrip away. Thus the long position gets squared or closed. A long position can be closed by selling the scrip away. If the selling price is greater than the buying price, the daytrader earns gross profit. The brokerage will have to be paid out of it. If the selling price is smaller than the buying price, he incurs loss.

At the same time, he might be thinking that the scrip B will crash. He does not hold the scrip. Still, he will sell the scrip. This will sound strange to those who are not familiar with the stock market. If I want to sell a motorcycle, first I should possess one, and only if I possess a motorcycle, can I sell it. If I do not possess a motorcycle, I cannot sell it. I can sell a book, only if I already possess it. I cannot sell a book if I do not possess it. Stock market is different on this count. A daytrader in a stock market can sell a scrip even if he does not hold it. But there is a condition: he should buy it back before the trading ends.

It works like this: suppose I am a daytrader and that I do not hold the SBI scrip. Still, I can sell SBI in daytrading. Let us imagine that I am selling 10 shares of SBI. If I sell a scrip which I do not hold, such selling is called shortselling. The position I thus create is a short position. Creation of a short position is subject to one condition: I should buy the shares back before trading ends. So, before the trading ends, I will buy 10 shares of SBI. Number of shares sold = 10. Number of shares bought = 10. The position thus gets squared. In other words, a short position gets closed when the shares sold are bought back. If the selling price is greater than the buying price, the daytrader earns profit. If the selling price is smaller than the buying price, he incurs loss.

When the market is rising, it is known as a bull market. In a bull market, a daytrader creates long positions first, and squares them off later in the day, making the best use of a bullish market. A falling market is called a bear market. A daytrader creates short positions in a bear market, and, later in the day, squares them all by buying back all the short-sold shares. Thus a daytrader can take advantage of both the bullish market and the bearish market.

The second difference between the short term investor and the daytrader is that, the latter closes all his positions before the trading comes to a close on the very same day. A short term investor may take days, months or years before finally closing his long positions.

The third difference is a more serious one. Let us imagine that I am a short term investor and that I buy a scrip today. I have to pay the NSE dealer the whole amount either today itself or, at the latest, tomorrow morning itself. It is compulsory. In other words, when I buy a scrip for overnight or short term investment, I should have sufficient funds ready to meet the buying cost and the dealer’s brokerage. On the contrary, a daytrader, who has gained net profit on a given trading day, will not have to pay anything to the dealer; instead of paying the dealer, the dealer will credit the net profit to the daytrader’s account.

There is more to say about the third difference. Let us imagine that the daytrader has a cash balance of Rs. 10000 with his NSE dealer. For the sake of illustration, let us imagine that the daytrader is dealing in just one scrip: Tatasteel. Let us also imagine that the dealer has stipulated a margin of 10% on Tatasteel. This means that, if he pays the dealer just 10%, you can have a position equal to ten times the amount you have paid. If you have paid the dealer Rs. 10000, you can have positions up to Rs. 1,00,000 during that day. Let us also imagine that Tatasteel is priced at Rs. 250. The amount you have paid the dealer is Rs. 10000. Normally, the amount would have been sufficient for buying just 40 shares of Tatasteel. This is how:  Rs. 10000 ÷ 250 = 40 shares. Although your cash balance is sufficient to buy 40 shares only, by stipulating 10% margin on Tatasteel, the dealer is allowing you to buy 400 shares; this is the calculation: Rs. 100000 ÷ 250 = 400 shares.

In short, the daytrader can buy shares up to a value which is 10 times his cash balance, if the margin on the scrip is 10%. The margin can vary. Some scrips carry a margin of 15%. These percentages of margin may vary from day to day. If SEBI or a stock exchange believes that there is excessive speculation in one particular scrip, they will raise the margin. As of now, I can name two scrips which carry 100% margin: HDIL and Manappuram. When the margin is high, a daytrader will be able to have only an accordingly lower position in that scrip. When speculative activity decreases, and the share attains stability, the high margins usually get lowered.

The facility of high intraday position is what mainly attracts a daytrader. He thinks that since he can have positions which can be as high as 10 times his capital, he would be able to earn substantial profit from daytrading. Whether any daytrader is, in reality, earning huge profits over the long term is a question the daytraders alone will be able to answer. Going through the charts showing the intraday price movements of certain scrips on certain days, the notion which I came to have about the profitability of daytraders, was not all that pleasant.

A daytrader can be engaged in three activities:

(1) buying scrips within his own funds, and then selling them. Actually, this is what the short investors too do: they buy scrips with their own funds, and later sell them away. On this count, I do not see much difference between a daytrader and a short term investor, except that the daytrader closes his positions on the very same day, while the short term investor waits longer. This is not a speculative activity.

(2) short-selling scrips which he does not hold. Here, he is selling what he does not possess. I will call this speculation.

(3) creating intraday positions several times his capital. Here, he is creating positions (or, overtrading) with money which he does not actually have. This is clear speculation.

The theory, which I have put forth in these chapters, has nothing to do with speculation. Under my theory, you will be buying with your own funds, and you will be selling what you already possess. Further, I recommend that you should not even think of daytrading as well as speculation. Adhere to the theory, which I must repeat here, lest we forget: buy when price rises 5% from the last formed bottom, and sell when price falls 5% from the last formed top.

Before I conclude this chapter on speculation, I should also briefly deal with futures and options which are generally known as derivatives. Futures are agreements to buy or sell a certain quantity of a certain scrip or an index, by a certain date (which usually is the last Thursday of the month). On the due date, one of the two parties to the agreement wins while the other loses. Actual delivery of the scrip underlying the derivative, does not take place on the maturity date of the agreement. Settlement takes place on the basis of the actual price governing on that day.

Options too are a variant of the futures. Under options, you pay a premium and buy the right to either buy or sell a certain quantity of a certain scrip by a certain date which is usually the last Thursday of the month. Depending on the ruling price of the scrip on the maturity date, settlement takes place. Actual delivery of the scrip never takes place.

Deals under both the futures and options are, in my firm view, speculative in nature, since their settlement takes place in cash, instead of by actual delivery of shares. If you want to invest in a scrip, buy it in the cash market, when it’s time to buy in accordance with my theory. If you want to sell it away, then sell it away when it’s time to sell in accordance with my theory. Under my theory, you get delivery of the scrip when you buy it, and you give delivery of the scrip when you sell it away. 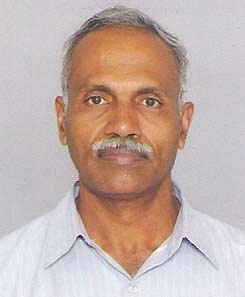