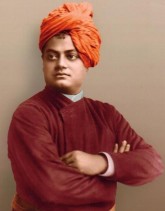 hiladelphia: Rejecting a request from a coalition of over three hundred North American Hindu spiritual leaders, organizations, community leaders, and lay people, the Council for a Parliament of the World's Religions (CPWR) refused yesterday to join Hindus in Chicago to celebrate the 150th birth anniversary of Swami Vivekananda. The CPWR originally planned on being a co-sponsor of the celebration set for September 28, 2013, but then withdrew suddenly after receiving a complaint from an online based anti-Hindu group. The Hindu American Foundation (HAF) coordinated a letter requesting the CPWR to change course as local organizers worked towards reaching a compromise with CPWR, but the Parliament rejected the final requests late last night, prompting the only two Hindu members of the Parliament Board of Trustees to resign in protest today.

"At HAF, we are saddened that the Parliament, created in the very name of Swami Vivekananda, turned its back on the Hindu community and drew its own fault lines defining politics and religion," said Suhag Shukla, HAF's Executive Director. "The CPWR has decided to define political organizations arbitrarily, and must now take a hard look at every organization it has partnered with and that its trustees are associated with or represent."

Shukla suggested that the CPWR immediately examine the ties Shaik Ubaid--the Muslim activist who claimed credit for forcing the Parliament to dissociate from the Chicago Hindu community in several Muslim media outlets-- maintains within the Parliament leadership. Ubaid works closely with the CPWR Chairman of the Board, Imam Abdul Malik Mujahid, having co-founded a number of organizations and worked together in others.

In a major setback to the Parliament Board of Trustees, the only two Hindu trustees of the Parliament, Professor Anant Rambachan, Chair of the Department of Religion at St. Olaf's College, and Ms. Anju Bhargava, Founder of Hindu American Seva Charities, resigned immediately after CPWR confirmed its unilateral decision to disengage from the community celebration.

"The decision to withdraw, made without consulting either one of us, has caused hurt and great disappointment across the Hindu world and especially here in the United States," wrote Rambachan and Bhargava, in a letter released earlier today. "In spite of claiming neutrality, the Board chose to be influenced in its decision by giving credibility to complainants against its participation in the event and by showing no interest in considering or deliberating on the Hindu responses received."

But while the CPWR boasted of a unanimous approval of its decision to refuse reversal, the resigning trustees also wrote, "We wish to clarify also that we did not participate in the Board meeting on September 24, 2013 when the Board approved its recently released resolution. For us, the heart of the matter is the Board's unwillingness to consider any form of participation."

"To completely ignore issues of fairness, transparency, and mutual respect raised by the Hindu community at large and the condescending tone of the announcement should call into question the Parliament's ability to be a global leader in the interfaith movement," said Mr. Pawan Deshpande, a member of HAF's Executive Council. "Nonetheless, the silver lining in all of this is that it has brought together so many Hindus, across a broad spectrum of religious, cultural, and political backgrounds, to voice our collective concern."

2
An Important Resolution of the Parliament Board

In the last week there has been some news about the Parliament's withdrawal from an event which we had initially endorsed. To clarify the Parliament's position, the Board of Trustees unanimously approved the following resolution recommended by the Executive Committee on September 24, 2013:

The first Parliament of the World’s Religions took place in 1893, and was addressed by Swami Vivekananda. The Council for a Parliament of the World's Religions (the Parliament) continues to honor this exemplary Hindu saint for his ideals of interfaith understanding and mutual respect, and will honor the 150th birth anniversary of Swami Vivekananda and the 120th anniversary of the Parliament on November 16, 2013 in Chicago.  We, the Trustees of the Parliament, commit to working with and engaging in dialogue with all faith communities in keeping with the nature and mission of the Parliament which is:
To cultivate harmony among the    world's religious and spiritual    communities and foster their    engagement with the world and its    guiding institutions in order to    achieve a just, peaceful and    sustainable world.

We understand that the Parliament is an interfaith organization and not a political one.  It must therefore, remain neutral relative to political interests and respectful of the self-identification of each religious community. The decision of the Executive Director of the Parliament to participate in the Chicago World Without Borders event, made in consultation with a Hindu Trustee, and then her decision to withdraw from the event, made pursuant to her authority as Executive Director and in keeping with past practice, have both unintentionally plunged the Parliament into the middle of a storm of differing views, passionately held by people on all sides of the issue and who come from various faith traditions.  Nonetheless, she deeply regrets that she did not inform the organizing committee for the event before posting the decision to withdraw the Parliament from co-sponsorship.
The Parliament is now formalizing a policy and process to govern the way in which the Parliament responds to future invitations to co-sponsor or co-host events.  Despite the unfortunate way in which this matter has unfolded, because the Parliament is an interfaith organization, the Parliament cannot co-sponsor or co-host any event with political parties, politically partisan organizations or individuals, nor can it participate in the promotion of a political party or candidate, nor where self-identification of faith groups is challenged.
The world's Hindu communities and spiritual leaders have long been a pillar of the worldwide interfaith movement and have played a key role in all of the modern Parliaments as well as the historic original Parliament in 1893. The Council for a Parliament of the World's Religions wishes to maintain and increase its cordial and strong relationship with Hindu communities and individuals everywhere who share its mission. We call upon our Hindu friends and colleagues as well as our colleagues of all religions and spiritualties to move forward with us in a spirit of harmony, constructive dialogue and action to create a peaceful, just and sustainable world.

In the spirit of interfaith harmony, we would like to humbly offer to facilitate conversations with all those concerned who have approached the Parliament in this matter.

We reaffirm faith in the humanity of all sides and will redouble our efforts to engage in dialogue among all faith communities.
We also rededicate our Faith Against Hate campaign to all people of love who desire to touch and inspire the humanity of the other.
Finally, we continue to be inspired by Swami Vivekananda’s closing remarks at the 1893 Parliament:
“Sectarianism, bigotry, and its horrible descendant, fanaticism, have long possessed this beautiful earth. They have filled the earth with violence drenched it often and often with human blood, destroyed civilization and sent whole nations to despair. Had it not been for these horrible demons, human society would be far more advanced than it is now. But their time is come; and I fervently hope that the bell that tolled this morning in honor of this convention may be the death-knell of all fanaticism, of all persecutions with the sword or with the pen, and of all uncharitable feelings between persons wending their way to the same goal.”

Chicago, Sep 22 (IANS) The shadow of Gujarat Chief Minister Narendra Modi, and his alleged complicity in the 2002 communal riots in his state, has created a controversy here with the Council for a Parliament of the World's Religions (CPWR) withdrawing its support to the 150th birth anniversary celebrations of Swami Vivekananda.

The CPWR was formed in 1893 and organized the conference which Vivekananda addressed in Chicago that year.

Vivekananda's birth anniversary celebrations are to be held here on Sep 27-28, under the banner of "World Without Borders" with the Vishwa Hindu Parishad and several temples among its sponsors.

Withdrawing its support to the event, Dr Mary Nelson, vice chair of the board of CPWR said in a statement: "The Council is a 120 -year-old peace building organization whose mission, like Swami Vivekananda's is to promote peace and inter-religious harmony. We honor Swami Vivekananda and that legacy he left creating inter-faith cooperation to build a just, peaceful and sustainable world. Our organization was not informed that an event we were asked to co-sponsor was also co-sponsored by organizations promoting controversial political positions."

"While we do honor and promote the ideals of Swami Vivekananda, we respectfully withdraw our name from any co-hosting or co-sponsorship of the 'World without borders' and any connection to this event or other co-sponsors."

'Coalition against genocide', a group which has accused Narendra Modi and the Vishwa Hindu Parishad of complicity in the 2002 communal riots had reportedly strongly campaigned with the CPWR to withdraw its sponsorship to the event. The coalition says it is dedicated to justice and accountability for the 2002 riots in Gujarat and to "combating extremist ideologies that were its genesis"

Two members of the CPWR's board of trustees, Anju Bharagava and Dr Anantanand Rambachan, have said that they were not consulted on the CPWR's decision. "Once we found out, we requested an explanation for the Parliament's decision. We have also formally requested the Parliament to reverse its decision ," they said.
Bharagava is a member of President Barack Obama's Inaugural Council on Faith Based and Neighborhood Partnerships and Rambachan is chair and professor of religion, philosophy and Asian studies at Saint Olaf College, Minnesota.

Meanwhile, Suhag Shukla, executive director of the Hindu American Foundation has said that Nelson's statement that the CPWR withdrew its sponsorship because the organizers "promoted controversial positions will be seen as ironic at best and institutional hypocrisy at worst."
In a letter to Dr Nelson, Shukla said, "I am left with the impression that an unknown segment of CPWR took what can only be seen as a capricious, unilateral decision without respect for democratic process, and of greater concern, without any regard for the understanding of the Hindu community - that Dr Rambachan and Ms Bhargava would have provided - the latter omission violating every core principle of interfaith dialogue, engagement and respect."

Dr Shamkant Sheth, an official of the VHP of America, has in a letter to Nelson sought to know "which of our co-sponsoring organizations are promoting controversial positions and what these positions are. As a US based not for profit, religious and cultural organization that is not interested in politics, we ourselves are curious to know the specific reasons for your actions."

In a statement to the media, Nelson said that the CPWR had no further comments on the issue.