In view of the recent decision of the state prosecutors in Siberia on Wednesday, Jan 04, 2012, who dismissed a plea to ban the Bhagavad Gita, one of Hinduism’s holy treatises; the World Hindu Council of America (VHP America) congratulates the judicial system in Russia, and Hindus around the world, for expressing their faith in Universal knowledge and divinity, as represented by the Bhagavad Gita.

We also thank Judge Galina Butenko of the Leninsky District Court in Tomsk for clarifying to the prejudiced plaintiffs belonging to a section of the Othodox Church, that the Bhagavad Gita “did not advocate social discord,” as they had ridiculously claimed.

One of the most reputable sons of Russia, Leo Tolstoy, was one amongst many, who was greatly influenced by the Bhagavad Gita.  Milan Markovitch, author of “Tolstoi et Gandhi,” wrote that: "there is not one of Tolstoy's works written after this period" of his life referred to in the Confessions "which is not inspired, in part, by Hindu thought…… His was a Christianity underpinned by the great Hindu doctrines." Marcovitch further adds that Tolstoy also "remains the most striking example, among a great many, of those who sought a cure for the western spirit, in Hinduism."

A better understanding of Hindu philosophies, both from a theological and sociological perspective is critical to the removal of religious and social biases, which lead to such cases. It is also important this remains an isolated case of zealous intolerance.

The World Hindu Council of America (VHP America) looks forward to working with the Russian Government and their representatives in the United States, to develop educational initiatives, which would create a better understanding of Hindu religious scriptures and practices. We encourage the Hindu community around the world, to take this as an opportunity to develop and share the message of brotherhood, as espoused in the Bhagavad Gita 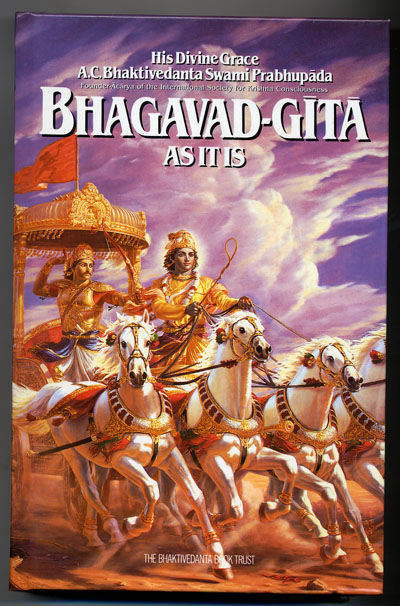