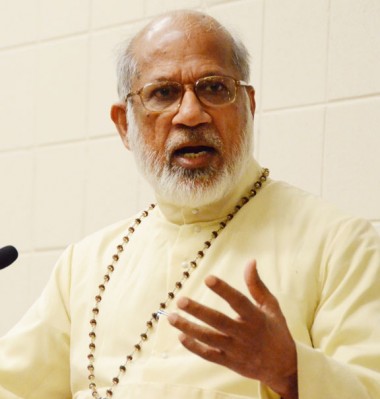 The excise policy of the Congress-led United Democratic Front government, finalized in a two-hour meeting held at the chief minister’s official residence on Thursday, made the proposal.

The coalition “has come out with a unanimous decision for a liquor ban in the state to achieve total prohibition,” chief minister Oommen Chandy said after the meeting.

The government also decided to keep Sunday a dry day.

Cardinal Alencherry and other Christian leaders in the state, who have been campaigning for total prohibition in the state, welcomed it as a move in the right direction.

The UDF recommendation will be shortly ratified by the state cabinet following which it would be conveyed to the Kerala High Court as a policy decision, the Times of India said in a report.

As a first step, 418 bars closed since April 1 as they had failed to upgrade to two-star facilities, won’t have their licenses renewed.

Similarly, licenses of 312 functioning bars in the state won’t be renewed after March 31, 2015. The government will also seek the legal possibility of terminating the licenses of these 312 bars immediately.

From April 1, 2015, only five star hotels – there are 23 in the state — will be granted bar licenses. The excise policy draft is mum on the status of 111 beer/wine parlors in the state, but sources in the UDF said they will be allowed to function.

The UDF also decided to phase out Beverages Corporation (Bevco) outlets in the state, which sell liquor in the retail sector. The 334 outlets functioning in 14 districts will be phased out by winding up 10% of the outlets every year.

Apart from the doubtful efficacy of total prohibition, Chandy risks putting more pressure on an already sluggish economy. The state would incur a loss of Rs 8,000 crore due to the ban that is more than one-third of the state government’s annual plan outlay.