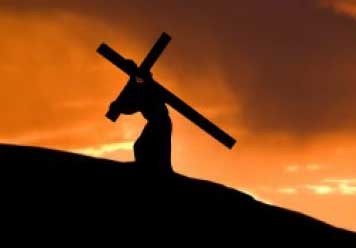 On Sunday, at a public Mass expected to attract over 1 million pilgrims to Vatican City, Pope Francis will canonize two of his predecessors, John XXII and John Paul II. During the Mass, a decree will be read proclaiming that the Italian and the Polish popes are saints, and therefore worthy of universal veneration, in other words, devotion throughout the entire church.

For hundreds of millions of Catholics, Sunday’s festivities will be an occasion of great joy. Between them, John XXIII and John Paul II hold immense appeal for Catholics worldwide. John XXIII, also known as “Good Pope John” convened the Second Vatican Council in the early 1960s, and set in motion the process of “aggornamiento,” or updating the church, turning it more towards the modern world. John hoped to open the windows of the church and let in some “fresh air,” as he said. And John Paul II, the only pope that many younger Catholics had known before Benedict XVI and Francis, bestrode the world like an ecclesial colossus, exerting his influence not only within the church as a tireless evangelizer, but on the world stage as well, playing a decisive role in the downfall of communism.

But for some people the response to the double canonization will be: Who cares? Even among Catholics there are those who think that the process of canonization ishopelessly arcane, that the “cult of the saints” is outdated, that belief in miracles is absurd and, in this case, that the canonization of popes is a bad idea. So the question is raised: Do we still need saints?

To answer that, it’s helpful to know what a saint is. There are (at least) four definitions. The first is a blanket term for any holy person, as in “My grandmother is a saint!” The second is the term often used by St. Paul to refer to the members of the Christian communities to whom he wrote: “To the saints (hagioi) who are in Ephesus.” Third are the men and women recognized by the early church, particularly the martyrs, as worthy of public veneration. For roughly half the church’s history, however, there was no centralized means of canonization, and the question of who was to be called a saint was left mainly to local churches. Around the tenth century, popes became involved to ensure more reliability in the process.

That leads us to the fourth definition: men and women who have lived lives of “heroic sanctity” and who have undergone the extensive canonization process, which today includes an exhaustive investigation of their lives, their writings and any miracles attributable to their intercession. (To correct a widespread misconception: the saints don’t perform the miracles; rather, the saints, from their posts in heaven, pray to God much as someone on earth would, thus “interceding” for us.)

There are a few common critiques about the saint-making process. First, some consider the idea of saints asking God for healings (the two miracles required for canonization are almost cures for untreatable illnesses) to be ridiculous. But not to believe in miracles means not believing that God can do anything, which seems a fundamental tenet of Christianity. Moreover, the Vatican’s standards for what constitutes a miraculous healing is that it must be: immediate and permanent, not attributable to any medical means, the result of prayer only to that particular saint and thoroughly documented by reputable medical experts. In other words, the Vatican’s bar is higher than you might suspect. Often I like to ask people: If a person is cured overnight from a terminal illness after you’ve asked for a saint’s prayers, but you have no medical documentation, does it count as a miracle? Most of us would say yes. The Vatican, however, would not.

Others feel that the canonization process is too “politicized.” For example, the church often takes pains to canonize men and women in countries where only a few saints have been previously recognized. But, to my mind, it’s natural for a pope to want to “raise up” holy men and women in underrepresented countries or to fast-track someone he feels has been unfairly overlooked. (There has also been a recent push in the Vatican to recognize more lay and married saints, to which I say: Good.) Pope Francis has also used the process of “equivalent canonization,” in which a pope can waive the second miracle required if there has been a longstanding devotion among the faithful to the person. Francis has done so not only for John XXIII, but also for one of his favorite Jesuits, the recently canonized St. Peter Faber, who languished in the ranks of “Blesseds” for many years. What’s his status in the process now? Whether or not you feel that this is “politicized,” these men and women are holy nonetheless.

Finally, many critique the canonization of popes. It is odd, some say, for a pope to canonize his predecessors. Pope Emeritus Benedict XVI faced that criticism when he beatified John Paul, who had appointed Benedict (when he was still Cardinal Joseph Ratzinger) Prefect of the Congregation for the Doctrine of the Faith. Some worry that canonizing a pope means, in effect, canonizing everything he wrote. But this is something of a red herring: a similar critique could be leveled against the canonization of any saint who ever put pen to paper.

The most germane critique about canonizing popes is that it may set unreasonable expectations for future popes and invites unwelcome comparisons. Thus, if neither Benedict nor Francis is proposed for canonization after their deaths, will this seem a slight against either man? This is a fair critique. Simply being elected to the throne of St. Peter does not ipso facto confer the title of “Saint.” I’m sure Benedict and Francis, who know their church history well, would be the first to agree.

But to these critiques I would say this: The church does not create saints, God does. The church simply recognizes them. Of course the canonization process is imperfect: as I’ve mentioned, the church needs to recognize more lay and married saints. But overall it works. And as long as God keeps giving us saints--popes and otherwise--the church is bound to recognize them.

So, in the end, the question is not, “Do we still need saints”? The question is, “What lessons can we learn from the saints whom God gives us?”

James Martin, SJ, a Jesuit priest, is editor-at -large of America, a national Catholic magazine, and author of the new book “Jesus: A Pilgrimage.”