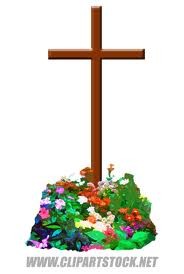 In a monumental occasion for ecumenical relations, the U.S. Roman Catholic church and a group of Protestant denominations plan to sign a document on Tuesday evening to formally agree to recognize each other's baptisms.

Catholic leaders will join representatives from the Presbyterian Church (U.S.A.), Christian Reformed Church in North America, Reformed Church in America and United Church of Christ at the ceremony in Austin, Texas, to sign the agreement, which is called the "Common Agreement on Mutual Recognition of Baptism." The event coincides with the national meeting of Christian Churches Together in the U.S.A.

Currently, the Protestant churches recognize Roman Catholic baptisms, but the Catholic church does not always recognize theirs. The mutual agreement on baptisms, a key sacrament in the churches, has been discussed between denominational leadership for seven years and hinges in part on invoking trinity of the "Father, Son and Holy Spirit" during the baptism.

In a report in the Austin American-Statesman, Bishop Joe Vasquez of the Diocese Austin told the newspaper that the effort "is part of our response to Jesus' prayer that 'we all be one.'"

The Roman Catholic church as a whole has generally recognized the baptisms of most mainstream Christian denominations since the Second Vatican Council, a series of historic church meetings from 1962 to 1965, but the formal baptism agreement is the first of its kind for the U.S. church.

According to a prior statement from the U.S. Conference of Catholic Bishops, which was released in 2010 when bishops were deliberating the agreement, the understanding between the churches "affirms that both Catholic and Reformed Christians hold that baptism is the sacramental bond of unity for the Body of Christ, which is to be performed only once, by an authorized minister, with flowing water, using the Scriptural Trinitarian formula of 'Father, Son and Holy Spirit.' The agreement encourages all local Christian communities to keep baptismal records."

The Austin newspaper reported that Tuesday's agreement says that вҖңfor our baptisms to be mutually recognized, water and the scriptural Trinitarian formula 'Father, Son, and Holy Spirit' (Matthew 28: 19-20) must be used in the baptismal rite."

What was GandhiвҖҷs Evaluation of RSS?