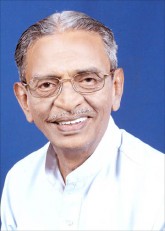 Reactions to Papal Interview:  ‘I am a Sinner’ says His Holiness!

One who is without sin becoming sin for us is incarnation, crucifixion & resurrection. In it lies also the “freshness and fragrance of the gospel” Jesus preached, lived & Francis Pappa tries to bear witness to in word and deed.

A  Pope giving interviews? Unheard of in living memory! But it happened, first in heaven, I mean in the skies on   board a plane’s intercontinental flight, then on earth to a team of editors representing 16 editions across the world of the 150 years old Civilta Catholica (a Jesuit biweekly). Heard of such an idea only when someone called Jesus spoke from house   tops and urged all, especially those in positions of power both in church and society to go transparent (Palam locutus sum=I have spoken openly) and make plain-speaking their daily routine.

Was the Papal performance a left-handed tribute to heralds of Transparency International Julian Assange, Edward Snowden, Bradley Manning and company in our internet age? Or was it a calculated rebuke to democracies that prefer to function under a “Mum-Mum Singh” and churchmen who never take questions but only talk down to people through monologues of defined dogmas and infallible pronouncements and precepts in spite of their constant refrain on dialogue, dialogue? A whole lot to think about and draw lessons from!

Permit me to dwell on just a few papal paradoxes only that made me go crazy!  First was the opening question by the interviewer and the papal answer? “Who is Jorge Mario Bergoglio?” Francis apparently stared at the questioner in bewilderment at the unexpected and replied: “I do not know what might be the most fitting description.... I am a sinner. This is the most accurate definition. It is not a figure of speech, a literary genre. I am a sinner.” Yes he is “His Holiness” for you and in popular parlance, but for Jorge Bergoglio, His Holiness is just a “sinner”. That is the first Papal paradox. It made my fancy to fly back to the utter humility and lowliness of the Word made flesh (His self-emptying) as one of the “cattle class” in a manger where he founded the first “Company of Jesus” made up of sheep and cattle and donkeys, the second paradox.

How would I answer if such a question were directed at me? I did answer it long ago unknowingly but in the same spirit I guess: “A know-nothing, an ignorant idiot, a blind man who can’t see even beyond his nose like Bar-Themotheus.” That was how I described myself in my book and Face Book. If I did that, it was partly due to my understanding that sin as understood in the popular parlance is non-existent but a “creation of Canon Law” as I heard it from a Soap Box Orator long, long ago at Hyde Park Corner in London, and also because of my near total agreement with Swami Vivekananda admonishing “never dare to call the crown and glory of creation a sinner”. Besides I find it awfully difficult to disagree with those who say that the Catholic church has to be given the lion’s share for “burdening humanity with the sense of guilt and Sin” either to instil in them an unwanted “fear of God, the beginning of wisdom” or to enslave them to toe their line of thinking and dreaming through dark allies called theology and that without questioning.

In public perception sin is in relation to God. Can anything be more irrational even to think of, because a “Saccidananda” (an ever-smiling God) can never be more pleased or offended? What makes sense for me is:  Paropakarame Punyam, Papame Parapeedanam (Virtue consists in doing good to others and sin doing harm to them). In other words, difference between sin and virtue consists in using people (sin) and being useful to people (Virtue). But of course all of us have to admit that we make blunders – silly, serious, deadly or mortal ones -- often due to ignorance and immaturity, as do small kids learning to walk and falling down repeatedly. To attach any moral turpitude to them is a misnomer, to my mind although some are delighted to label them as sins.

In fact “Mandasirromany” (Pearl among idiots) was the pen name I took to  publish in a magazine my first ever article “Splendour of Darkness” I wrote imitating the paradoxical  thinking of Chesterton  to express my honest assessment of my unworthiness to be anywhere near that genius, some 55 years ago. Now I realize that title fitted me well then, and fits me better now for added scientific reasons. What I am driving at is that I have found in Francis Pappa someone who delights to take the last place like myself on many fronts. This attitude of his struck me like a lighting when he exhorted his flock so dear to him in  Buenos Aires, never to waste precious money to travel to Rome for his coronation but to give it to the poor in need of their daily bread. Similar thinking prompted me few years ago to admonish my children in US not to travel to Kerala with family to attend my funeral when that happens but to give that money and the money they would be spending for paid-prayers to help poor students peruse their studies, as I had already made possible arrangements to donate my body to a hospital and eyes to an eye-transplanting clinic.

A third thing I prayed for,  longed for  and wrote before the election of this great Pope was that he should be  the First Servant in the Church a la Nehru who said it first in relation to India and what is more I wished he be a Foot-washing minister par excellence like Jesus. And he shocked me out of my wits by washing the feet of even women and Muslims and drug addicts undergoing treatment among them. It looked God was just waiting there to answer much more than I prayed for.

If the opening question has unleashed such an outburst of stormy thought waves what would be the case when one deals with central questions on which Francis dwells, you may ask. One among them is Church’s  pressing role today as a Field Hospital, whole of which is converted into an endless emergency ward on wheels doing the Red Cross work, saving first  the mortally wounded, strewn all over after a bloody and brutal war. Just a brief reflection mostly in Pappa’s own words! Here “the church’s pastoral ministry cannot be obsessed with the transmission of a disjointed multitude of doctrines to be imposed insistently…We have to find a new balance; otherwise even the moral edifice of the church is likely to fall like a house of cards, losing the freshness and fragrance of the Gospel.” In saying this Pope Francis was answering a few questions he himself raised earlier: “What does the church need most at this historic moment? Do we need reforms? What are your wishes for the church in the coming years? What kind of church do you dream of?”

The need of the hour, he started off, was “ministers of the church must be ministers of mercy above all”, confessors who are neither “rigorist or too lax”, “a church that is a mother and shepherdess…, the good Samaritan, who washes, cleans and raises up his neighbour….. Ministers of the Gospel … who can warm the hearts of the people, who walk through the dark night with them, who know how to dialogue and to descend themselves into their people’s night, into the darkness, but without getting lost….. Religion has the right to express its opinion in the service of the people, but ….it is not possible to interfere spiritually in the life of a person.” What “the church needs most today are the ability to heal wounds and to warm the hearts of the faithful; it needs nearness, proximity. I see the church as a field hospital after battle. It is useless to ask a seriously injured person if he has high cholesterol and about the level of his blood sugars! You have to heal his wounds. Then we can talk about everything else. Heal the wounds, heal the wounds.... And you have to start from the ground up.”

Soldiers in battle fields must do and die while generals in their air conditioned cosy comfort can revel and relax. Yes when you have time, do sit and indulge in the pastime of theologizing:  how many angels can stand on the sharp tip of a needle; which sins are venial, serious or mortal fit for a hell or a purgatory we have invented? The moot question here is not whether one approves of homosexuality, lesbianism, abortion, birth control, gay marriages, patriarchy, hierarchical and sexual inequalities and discrimination in church and society. We disapprove them all. All of them are various grades of wrongs and monstrosities to be condemned as varieties of wrongs --  call them sins if you wish-- but don’t condom those who do them as sinners. Condom sin but sinners are to be loved as God’s children with equal rights, nay with greater rights if you please, for those who cry like the publican in the temple or return home like the prodigal twisted and wasted.

If there is a God whom we call LOVE, He can’t hate any one of his children, his creation. That is the meaning of: “your names are all written in the palm of my hands”; even if your “mother forgets you I will not forget you”; God wills Omnes homini salvus fieri (all humans to be saved); Dixit et facta sunt (what God says gets done instantly); for the God of our conception Velle et agree (wish and act) are not two chronological actions. God is perpetual action, so forget about a God busy trying to figure out whom to forgive or condemn. There exists and can exist only a heavenly Father with prodigal love. That is the meaning of Francis’ counter question: “tell me: when God looks at a gay person, does he endorse the existence of this person with love, or reject and condemn this person? We must always consider the person.” Offending and forgiving is between humans, not between humans and God. Hence the command to forgive not seven times but “seventy times seven” or “forgive them for they know not what they do”. Yes they didn’t know and therefore what sin was there to forgive, Chesterton asked. I don’t know what rational answer Jesus could have given him.

So we are back to square one: there is no sin in relation to God, only love which knows no bounds, love that embraces every one of his children, just or unjust in our sight only. In His sight all are just, but some able bodied, some disabled or differently abled and therefore more just deserving special love and care. So let us stop making our life here on earth a veritable hell, the only hell possible, by judging, accusing, condemning, killing and shedding blood like Cain and asking: “Am I my brother’s keeper?” You are!  You must be your brother’s keeper! That is the key to turn this earthly hell into a HEAVEN God wants it to be, if there is a God!

The writer can be contacted at: jameskottoor@gmail.com