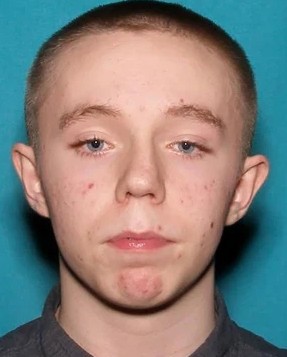 New York, April 17 (IANS) At least four Sikhs have been killed in a mass shooting at a FedEx company facility in Indianapolis by a 19-year-old former employee, according to the Sikh Coalition.

Officials, who said that a "significant" number of employees at the parcel and courier service company are Sikhs, reported that the gunman killed himself after murdering eight people Thursday night and wounding at least seven, five of whom were hospitalised.

They did not identify the victims as of Friday evening, but the Sikh Coalition said, "We are sad to confirm that at least four of those killed in Thursday night's attacks are members of the Indianapolis Sikh community."

It added, "We are in touch with sangat leaders, government and law enforcement officials" and "we expect that the authorities will conduct a full investigation -- including the possibility of a bias factor."

WXIN-TV station quoted Parminder Singh, the uncle of one of the victims, as saying that his niece who worked at the facility near the airport phoned him shortly after the shooting and told him that she was shot while in her car and was being taken to the hospital.

Indiana Police Chief Randal Taylor said that a "significant" number of the FedEx workers at the facility are Sikhs.

President Joe Biden ordered the national flag to be flown at half-mast at all government facilities and US embassies abroad.

Police Deputy Chief Craig McCartt told reporters that shooter has been identified as Brian Hole, who had worked in the FedEx facility but left last year.

He said that Hole began shooting people in the parking lot of the major parcel and courier company facility killing four people, then entered the building and killed four others before apparently committing suicide before police got there.

"There was no confrontation, no disturbance, he just randomly started shooting," he said.

McCartt said that Hole had previously come to the attention of police and in March last year a gun was seized from him.

The official in charge of the Federal Bureau of Investigation (FBI) Indianapolis office, Paul Keenan, said that he had been questioned by the agency after his mother had warned that he might try to commit suicide by provoking police to shoot him.

Hole's step-sister told WXIN TV that he was "isolated" and "never got the help he needed."

She told the station that there was a history of mental illness in the family and that their father had committed suicide in 2004.

McCartt said that he could not say what the motive for Hole's rampage was.

Sikhs have for long been victims of bias attacks in US, often being mistaken for Muslims because of their turbans.

According to the FBI's 2019 hate crime statistics -- the latest available -- there were 49 anti-Sikh attacks with 60 victims.

In 2012 a gunman attacked a gurdwara in Oak Creek in Wisconsin State killing seven Sikhs and wounding four.

The perpetrator, Wade Michael Page, an ex-serviceman described as a White supremacist, killed himself after being injured by police.

The Indianapolis police shooting is the latest in a series of mass shootings plaguing the US.

"Gun violence is an epidemic in America," Biden said in a statement.

That was followed by the killing of ten people including a police officer by a Syrian immigrant in Boulder, Colorado State.

"What a cruel wait and fate that has become too normal and happens every day somewhere in our nation," Biden said and urged Congress to "enact commonsense gun violence prevention legislation, like universal background checks and a ban of weapons of war and high-capacity magazines."

There are no national laws governing gun ownership and regulations vary by states, with some allowing even high caliber automatic weapons with no checks on owners.

Efforts to regulate gun ownership has been stymied mainly by the Republican Party backed by the powerful National Rifle Association, an organisation of gun owners.

According to the Gun Violence Archive, 19,380 people were shot dead last year in the US, an increase of more than 25 per cent over the previous year's deaths.

Japan's Prime Minister, who is visiting the US said at the White House before a meeting with Biden, "I would like to express my condolences to the victims, and my sympathies to the families. Innocent citizens must not be exposed to any such violence."

(Arul Louis can be reached at [email protected] and followed @arulouis)