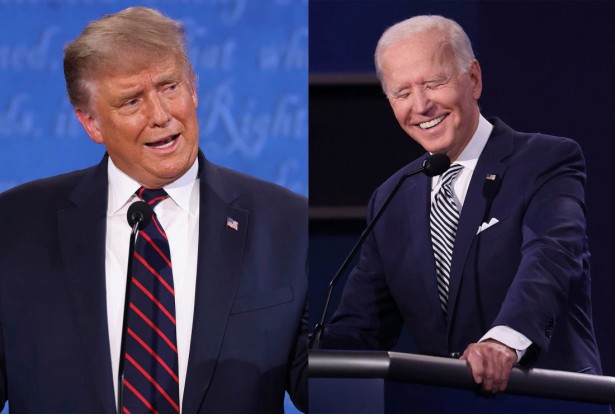 When Barack Obama was sworn in as the 44th President of the United States in January 2009, it was widely believed it to be a new dawn for America. As the first black President of the country, voted in by a sizable number of white Voters gave new hope to millions for a more peaceful and prosperous America in a newly realigned political landscape. However, we have witnessed a story of deteriorating race relations and a strong emergence of identity politics that has resulted in further polarization in the body politic. America ceased to be a melting pot. Ethnic politics mixed up with race and gender relations started to inflame passions on both sides of the aisle, often preventing the country from reaching any consensus on pressing economic and social issues.

There is little doubt that Donald Trump cashed in on this division and disenchantment of the electorate, especially the white voters, and won the presidency in 2016. It was a historic victory that stunned the "political class" in the U.S. and globalists around the world.  However, there was more to his victory than a voter dissatisfaction with the outgoing Democratic Administration. Undoubtedly, Trump's election is also viewed as a rebuke of technocratic policies, increased centralization of power in Washington, and unchecked immigration policies that were heavily favored by Democrats. It was an acrimonious campaign, vitriolic in tune, that  brought shame and scorn upon the candidacies of Trump and Democrat Hillary Clinton – one was described as Misogynist, Xenophobe, Sexist and Racist and the other as deeply Corrupt and Untrustworthy.

Much has changed in terms of politics in 2020, and the U.S. today is a more deeply divided country where  'peaceful demonstrations' are no longer peaceful and advocates of a new generation of leaders demanding transformational changes that would have been simply unthinkable just a few years ago. Nobody knows yet whether this is a passing phenomenon or whether America is truly ready for upending an economic and political system that has been the envy of the world and attracted millions of people from impoverished lands to make their dream come true.

Asian Indians, as we are referred to here, account for roughly a little over one percent of the population in the U.S. It is one of the most successful immigrant groups that have called America their home. The median income of an Indian household is higher than any other ethnic group in the country. There is no doubt that so-called 'arranged marriages' might have helped those income levels with two professional households that are quite common within the community. Moreover, it is believed that there are about a half a million or more undocumented Indian Citizens who have either overstayed their visas or came across the Mexican border with the help of 'Coyotes'. All these groups constitute part of the growing Indian Diaspora in the U.S.

Although the Indian Americans are mostly conservative in their social outlook and not necessarily cleansed of their caste affiliations or prejudicial minds, they tend to favor the Democratic party, which is very liberal and left-leaning when it comes to policies and governance. There may be several factors associated with such an attitude. The Democratic party is viewed positively by the community regarding issues such as Immigration and Social Benefits. The party is also perceived as a better guardian of minority rights and civil rights of all its citizens.  The H1B visa holders, not a voting bloc yet but supported by the rest of the Diaspora, are looking for a more favorable response for obtaining permanent residency from a Democratic leadership than a Republican one. It is much more about self-preservation than principles or value judgment.

However, the second-generation Indians have been more open-minded and progressive in their lifestyles and their philosophy regarding issues of integration and assimilation to the culture and traditions of their native land.  They tend to embrace the Democratic Party's values and its platform that is characterized as a big tent: the ideas of inclusion, equality, and equity. The younger women in this new generation also support Women's Rights, including the right to abortion and equal pay for equal work. Also, many seem to have justifiable apprehensions on the possible rise of the Far-Right movements that could threaten their safety and their children's economic stability.

Therefore, there is little or no surprise that as the recent poll indicates that around 70% of the Asian Indians may cast their votes in favor of the Biden/Harris ticket. The addition of Kamala Harris to the ticket, an Asian Indian, though she prefers to call herself 'black American' for political reasons, seems to have boosted the Diaspora's support to the Democratic ticket. Many perceive Ms. Harris's rise to the ticket for the second most powerful position in the United States as a vindication of their faith in the Democratic party and its acceptance of them as an integral part of the society.

Donald Trump is not a stranger when dealing with Indians, and his business undertakings in Pune and Gurgaon are clear evidence of that existing bond. During the 2016 election, there was a surge of support for him from the Indian Community spearheaded by Shalli Kumar, who raised campaign funds and arranged a large gathering in New Jersey in honor of him. However, he seems to have withdrawn from the scene, but several groups associated with Sangh Parivar organizations are battling for Trump's re-election. The idea of ultra-nationalism promoted by Trump and Modi appeared to have unified this minority segment of the Diaspora that may cast their vote for Donald Trump on November 3rd. Then again, there are independent-minded voters who may vote for Trump solely based on policy decisions on issues such as lower taxes, less regulations, law and order, less aggressive foreign policy and unnecessary foreign interventions resulting in costly wars.

Indian Diaspora in the U.S. is a diverse community representing different regions, languages, cultures, and faith. According to the latest statistics, 51 percent of the Diaspora consists of Hindus, and the rest includes Muslims, Sikhs, Christians, Buddhists, and other faiths. Therefore, the effort by some Hindu Organizations in U.S. that are in the tank for Prime Minister Modi to paint a monolithic view of the Indian Diaspora for the election purposes to the American public is not only disingenuous but grossly misleading. The Trump-Modi friendship does not appear to be an important yardstick in the Indian American electorate's decision-making process.

The importance of the Indian American vote in this upcoming election is another point of debate among election enthusiasts. Most Indian Americans live in major cities and states such as New York, New Jersey, California, Illinois, and Texas. Most of these States are solidly Blue States, and the Asian Indian votes will have little or no impact other than adding on to the popular vote totals. Texas may remain in the Republican column this time around, although it may trend more towards Democratic Party in future elections as Demographics change. The participation record of the Indian American voter in the past elections has been spotty. Otherwise,  possibilities are abound in States like Pennsylvania and Michigan.

However, the more significant aspect of this election cycle is that a record number of Asian Indian candidates are running for elections nationwide. It is quite noteworthy that the community has essentially become an integral and visible part of the American political arena in the short span of a few decades.    (The writer is a former Chief Technology Officer of the United Nations)