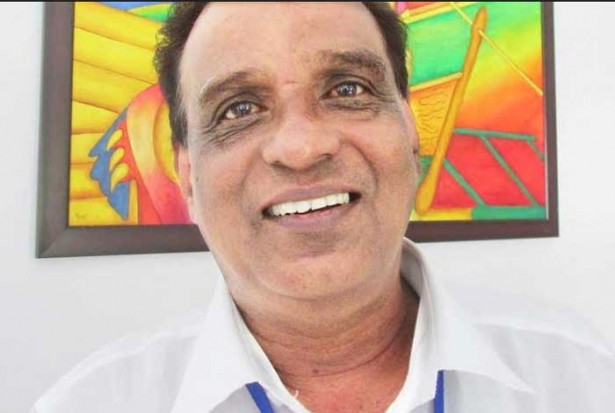 It was like spontaneous overflow of powerful emotions recollected in tranquillity. Speaker after speaker recollected their decades’ old association with Raju K.Thadikkaran, professor of the School of International Relations and Politics, Mahatma Gandhi University, Kottayam to buttress their claim that it was he who built up the nascent school as one of the very few striking voices in India for international understanding among nations particularly India and China.

“True, Mr. Thadikaran as director of the University Centre for International Co-operation and the Institute for Contemporary Chinese Studies paved the way for greater understanding between our two countries,” said Dr. Jia Haitao, a professor at the Jinan University, in Shipai, Tinahe district near Guangshu, China, in his felicitation at a farewell meeting to wish him well on his retirement. Jia  himself has been at Kottayam several times and academics from Kottayam also visited China under exchange programme. Thadikkaran also served the School as director during 2003-2006 and 2010-1013.

“There should be more such visits. Academics from China should come to Kerala for longer stay to teach Mandarin and Chinese arts and culture. After his 4-month long maiden visit to the University, he went back to do a treatise on Indian culture to his university, “ he recollected. “Tourism is another area to be explored for furthering close understanding”, he said.

Prof.  Rajan Gurukkal, former vice chancellor, said that it was politically gratifying that persons like Raju Thadikaran had the audacity to speak the truth to powers that be at a time when academic freedom and  integrity are disappearing across the nation. Significantly, Gurukkal presented a painting of strident horses procured by his colleagues to professor Raju.

Out of the foursome who joined Dr. C.V. Cherian, the first director, in a ramshackle room of the Askwith Hostel of the 200-year-old CMS College to initiate the School in 1984, Raju was the first to retire. Of the others, AM Thomas remains as the current director and KM Seethi just relinquished the office of the director. The fourth Dr. AK Ramakrishnan left the School nine years ago to become a senior professor at the Jawaharlal Nehru University, New Delhi.

“We have a large number of distinguished alumni right across the nation from Sikkim to Hyderabad and Gujarat to Pondicherry, “ said Seethi in his felicitation. Among them are Mathew Joseph, M.S. Sreerekha and M.H. Ilyas at Jamia Milia, New Delhi and Happymon Jacob, T.G. Suresh and K.B. Usha at JNU, New Delhi.

PT. Chacko, press secretary to the Chief Minister and BS Thirumeni, Additional Commissioner, Rural Development, Government of Kerala who did their Masters at the School also joined the felicitations. Of the first five students of the first batch, Thomas George is a professor at M.S University, Baroda. Ms Alice Jose is a professor at Alphonsa College, Pala and Ms Marina Joseph is with the Forbes Institute, New Delhi. Their junior Shahul Hamid is doing successful business in Shaghai.

Professor Thadikaran said that he was fortunate in having spent seven years at the Jawaharlal University doing study and research up the PhD. The three things he imbibed from there, critical thinking, scientific temper and introspection have stood him in good stead in nurturing generations of students in the School.. For one year he proposes to take leave to finish some of his pending works and travel across Kerala. Then he wishes to come back to the academic scenerio.

Raju is married to Ms Shirley, a student of his. They have a son, Manu Thadikkaran, who with  a masters in law is an international arbitration expert at  Whites and Case, Paris. Incidentally, Raju hailing from Vennur, near Mala in Thrissur district comes from a large family of Thadikarans spread across nations, east and west. Miss Kerala of 2011, Ms Elizabeth Thadikaran of Ernakulam, is a cousin.

In order to honour Prof Thadikaran, a two-day national conference on ‘Public Policy and Governance in India and China’ was also organised by the School in association with Chennai Centre for Chinese Studies, Institute of Contemporary China Studies and Rajiv Gandhi Chair for Public Policy Studies. 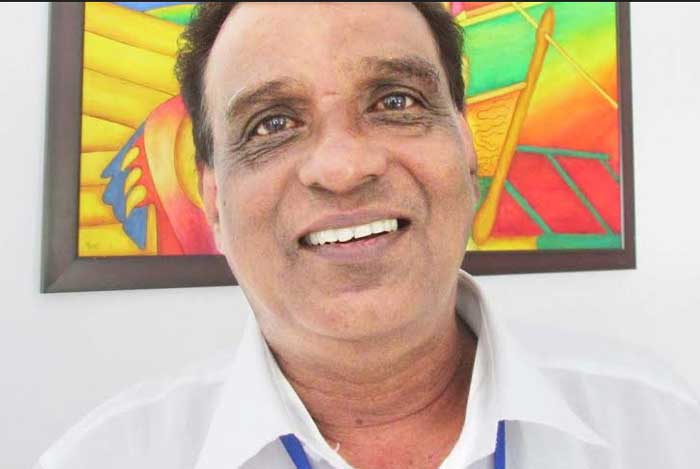 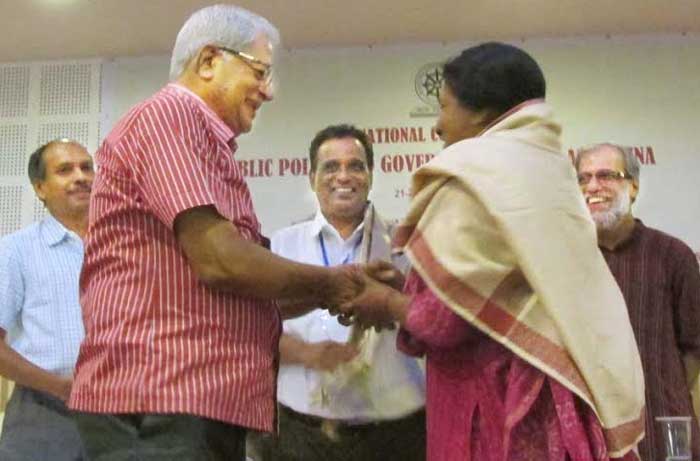 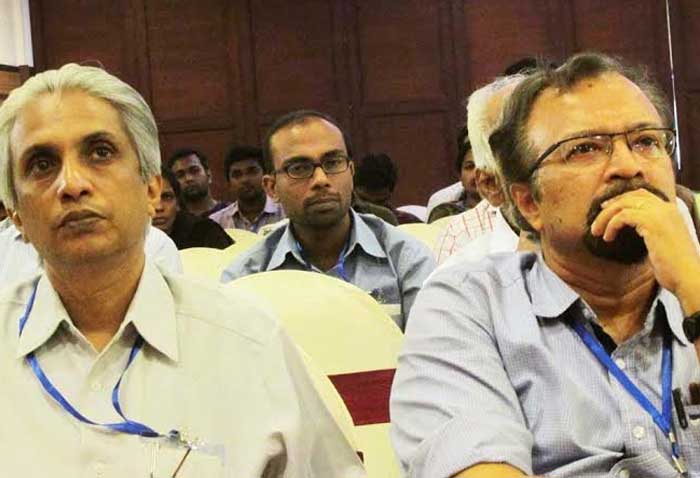 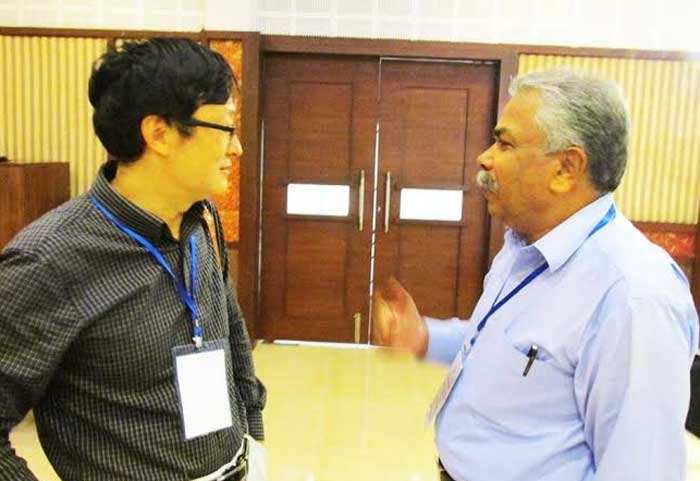 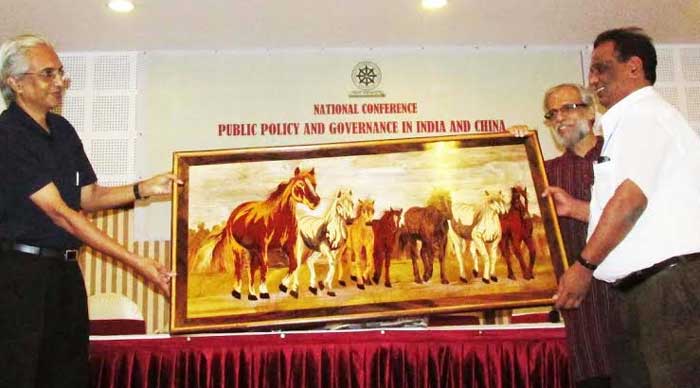 Prof Rajan Gurukkal presents memento with AM Thomas on the left. 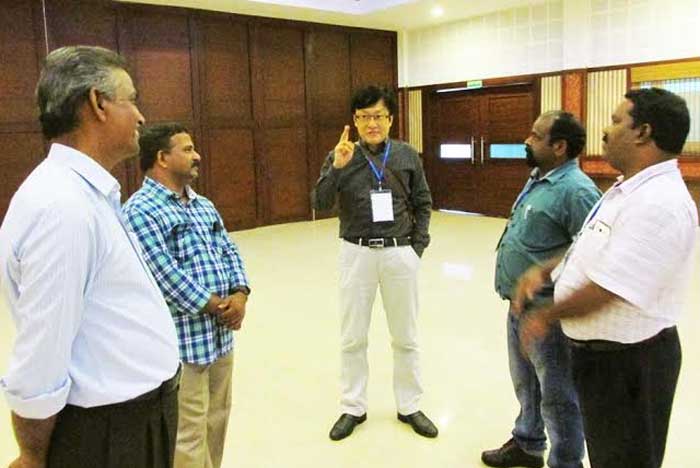 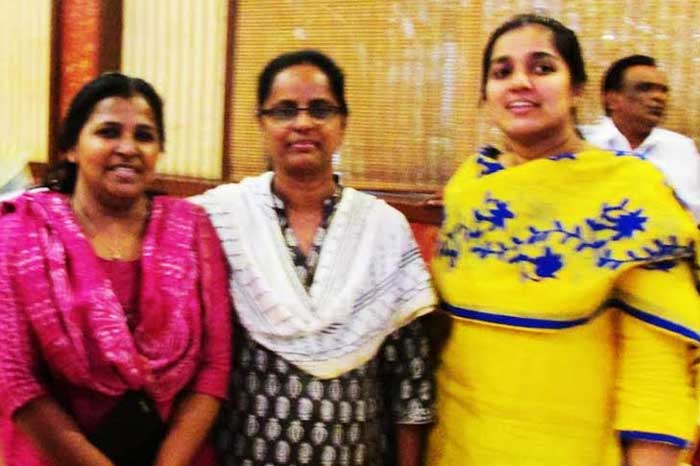 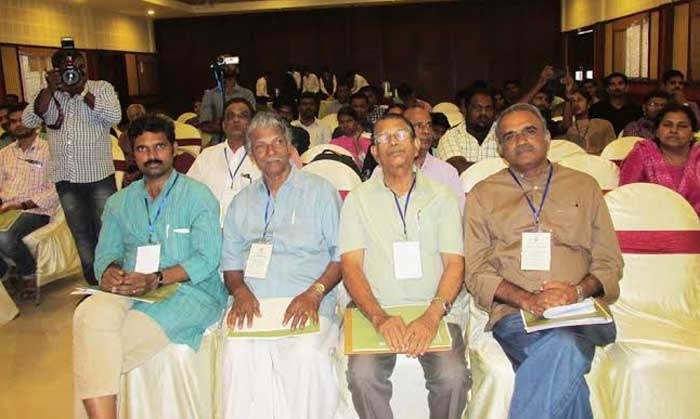 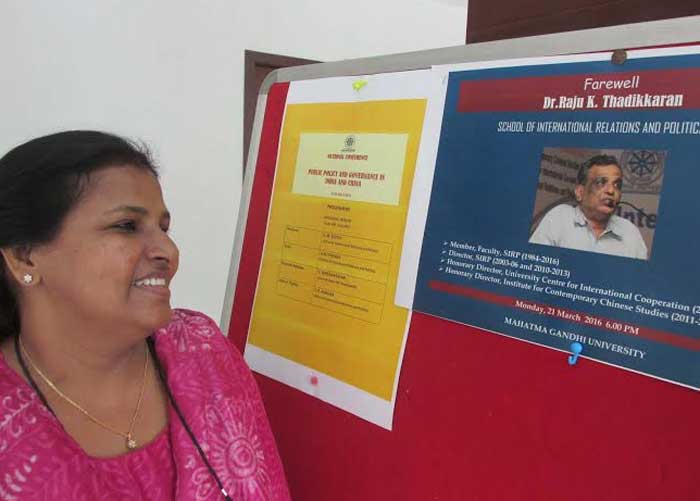 Looking at husband’s bill board 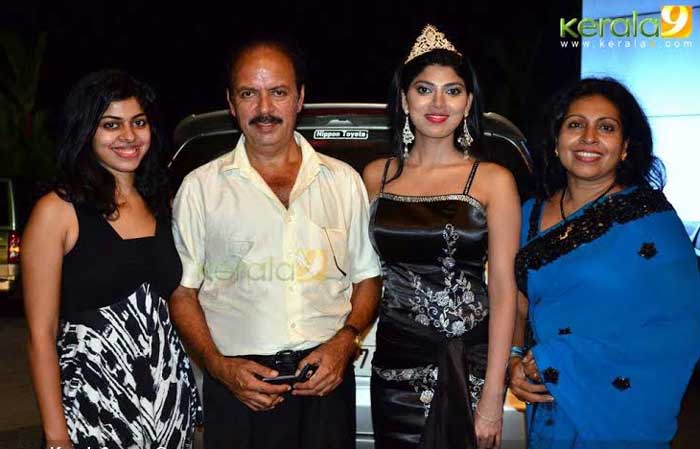 The underlying destructive forces of the Indian economy (Sibi Mathew)