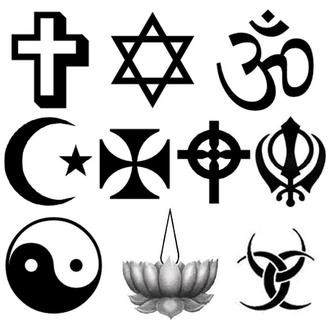 On January 13, 2012 Dr. Subramanian Swamy was granted interim protection against any possible arrest until January 30 by the Delhi High Court for writing an allegedly “inflammatory” article entitled titled “How to Wipe out Islamic Terrorism.”

All his admirers, followers, and believers in liberty, freedom and ‘live let live’ philosophy across the globe appreciate the Delhi High Court Justice M L Mehta for granting anticipatory bail to Dr. Swamy. The remarks Justice Mehta made at the hearing are worth remembering: “We are a secular country and we should respect the system which we have. It is not a European country like Britain. We have a diversity and we should be proud of it.” Judge further commented, “If you (Swamy) give an undertaking that you will not write anything based on the book, I'll grant you the relief.”

Let us examine the there phrases Judge Mehta made during that hearing:

2)    We should respect the system which we have

3)    We have diversity and we should be proud of.

What do we mean by secular? How do we define it? Why do we call India a secular country? Mahatma Gandhi, Jawaharlal Nehru, Dr. Rajendra Prasad, Mohammad Ali Jinnah, Sardar Patel, Dr. S. Radhakrishnan and many freedom fighters talked about secular nature of India. Gandhi and Nehru prevailed and succeeded in adopting secular principles in drafting the Indian Constitution. Based on this, it is believed that the secular government is not supposed to interfere with religious freedom, maintain religious neutrality, not be partial to any one religion, and not allow any religion to impinge on other religious practices. There are several provisions in the Constitution guaranteeing freedom of religion and also prohibiting discriminating against any religion.

The Preamble of Indian Constitution declares India to be a SOVEREIGN, SOCIALIST, SECULAR, DEMOCRATIC, REPUBLIC and to secure to all its citizens: JUSTICE, LIBERTY, EQUALITY and FRATERNITY. Articles 25 thru 28 proclaim that all persons are equally entitled to freedom of conscience and the right freely to profess, practice and propagate religion; every religious denomination or any section thereof shall have the right— (a) to establish and maintain institutions for religious and charitable purposes; (b) to manage its own affairs in matters of religion; (c) to own and acquire movable and immovable property; and (d) to administer such property in accordance with law; the proceeds of which are specifically appropriated in payment of expenses for the promotion or maintenance of any particular religion or religious denomination. And no religious instruction shall be provided in any educational institution wholly maintained out of State funds.

The Hindus have always kept their religion and politics separate.  They never imposed their religion on people of other faiths. They never said their religion is the only true religion and called others as fake. They never engaged in converting people of other religions at any cost - through deception, deceit, allurement, lying, torturing, bombing, kidnapping, raping, looting, enslaving etc. All through the history they welcomed other religions with open hands only to be stabbed by the missionaries. Hindus have paid a heavy price in terms of human suffering, material exploitation and destruction of Hindu edifices.

They have always been guided by the principles of respecting human life and peaceful co-existence. The Yajur Veda says: “May I look upon all beings with the eye of a friend!” And Atharva Veda says: “O Mother Earth,…. May we speak sweetly with one another.” Hindus call for equal respect to all religions. Hindus have always followed the concept of secularism, which is represented by the phrase Sarva Dharma Sama Bhava. It can be translated as equal regard for all religions. But when the Parliament included the word ”secular” as 42nd Amendment of the Constitution in 1976, it was never defined. The Statement of Objects and Reasons of the 42nd Constitution Amendment Bill explained that the purpose of inserting the word 'secular' was "to spell out expressly" the high ideal of secularism - which meant that what was implied in the Constitution was to be made explicit. The word secularism as defined in the Constitution Amendment Bill (1978)  as equal regard for all religions (Sarva Dharma Samabhav) was passed by the Lok Sabha but was rejected by the Rajya Sabha. Since that time, neither the Parliament nor the Courts have defined the word “secular.”

A number of scholars and philosophers have defined the word ‘secular’ although Courts have no obligation to accept.

Dr. Radhakrishnan, former President of India, said, 'When India is said to be a secular state, it does not mean that we reject the reality of the unseen spirit or the relevance of religion to life or that we exalt irreligion. It does not mean that secularism itself becomes a positive religion or that State assumes divine prerogatives. We hold that no one religion should be given preferential status'. (Recovery of Faith:  page 184).

Donald E. Smith, Professor of Political Science in Pennsylvania University, defined as thus: "The secular State is a State which guarantees individual and corporate freedom of religion, deals with the individual as a citizen irrespective of his religion, is not constitutionally connected to a particular religion, nor does it seek to promote or interfere with religion". (India as a Secular State, 1963)

Secular concept is tampered, tinkered, defiled, misused, maligned, misrepresented, and vilified by the government to the disadvantage of the majority Hindus, denying their religious rights and imposing the political power trampling the basic human rights. Instead of treating all religions equally, the government is promoting other religions through subsidies, grants, and quotas.

Justice system became a rubber stamp of government policies until Emergency. Supreme court even sided with the government to impose Emergency trampling the rights, liberty, freedom and justice of the citizens. Over the last few years the Courts have become active and making judgments based on the scientific evidence and legal interpretation of the Indian Constitution.

Justice system has a long way to go to be impartial and objective in the interpretation of the Constitution. Let us look at what are the ground realities Hindus are facing and how the Court system can bring about justice for all.

History of abuse of Secularism and denial of Hindu rights

If India is secular nation, why do minorities get the right to establish and administer educational institutions of their choice. Minority educational institutions can prescribe religious courses and appoint or dismiss a teacher/faculty member according to their whims, but rules and regulations are in force for majority religion educational bodies. The various interpretations of the Supreme Court on Articles 29 and 30 have ensured that unholy scenario

If India is a secular nation, why don’t we have uniform civil code? Why do we have a separate code for Muslims, Christians and another one for the rest.

If India is a secular nation, why would the Supreme Court itself prescribe the salary for Imams and naib Imams amounting to over Rs 6,000 million annually. Why did the Supreme Court not enforce a similar pay scale for the Priests of Hindu Temples and granthis of Gurudwaras.

If India is a secular nation, why did the governments of Indira Gandhi and V P Singh spend Rs 0.7 million on Jama Masjid of Delhi, although it was not classified as a national protected monument. Later on also, nearly Rs 10 million were spent on the renovation of Jama Masjid by the Department of Archaeology between 1990 and 1996. This 'secular' largesse is in contrast to the denial of even a rupee to ancient Hindu temples like Badrinath and Kedarnath.

If India is a secular nation, why would the Central and state governments establish as much as 27 percent reservations for minorities in educational institutions and employment at the government level?

If India is a secular nation, why would the government declare religious occasions as public holidays. In order to appease the minorities, V P Singh's government declared the birthday of the Prophet as a gazetted holiday although no Islamic country gives that privilege to its citizens?  Similarly, Boxers Day was declared a holiday for Christians although no Christian majority countries gave that privilege except Australia.

If India is a secular nation, why did the central government and state governments pass the Hindu Religious and Charitable Endowment Act to take over and control only Hindu Temples? This Act had bestowed several powers on the governments such as auditing temple funds, appointing archakas (priests), constituting a committee to monitor temple affairs, creation of a common pool fund, regulation of investment of funds and use of surplus funds. All appointments, property, finances, renovations, pujas etc. are monitored and controlled.

If India is a secular nation, why would the state governments take over only Hindu Temples in the following states for mismanagement and  misuse of Temple Funds?:

Andhra Pradesh: More than 32, 000 temples are under government control misusing and abusing the assets of Hindu Temples. As much as 25 percent of the Temple money is paid to the state government.  Many Raja Gopurams collapsed due to total negligence on the part of state government. Nearly 500-year-old Sri Kalahasti Rajagopuram was allowed to collapse.

Karnataka: Over a ten-year period nearly 75 percent of Hindu Temples money was transferred to Churches and Mosques resulting in the closure of 5000 Hindu temple per year

Tamil Nadu: More than 38,000 Temples were under government control; according Muruganandan’s report that nearly 79 percent of the Temples were in shambles; Temples receive only 25 percent income generated from Temple lands and shops; historical ancient paintings of some Temples were blasted;  Hindu haters statues was installed in front of the most sacred Temple insulting Hindu sentiments.

If India is a secular nation, why did the same governments use the same reasons to take over Mosques and churches and control their finances, lands and management?

If India is a secular nation, why would the  central government state governments grant Hajj subside for Muslim pilgrims to go to Mecca every year since 1959.

If India is a secular nation, why would the state governments subsidize Christians to go Jerusalem, Rome and other places.

If India is a secular nation, why do the justice system in not following up on the decisions taken by the courts to see that the judgment is implemented.  For example, why would the Supreme Court not pursue the conviction of Afzal Guru as to why he was not executed?

If India is a secular society, why the Supreme Court would not find the executive branch in “contempt of court” for failing to implement the court’s decisions.

Let us remember what Sri K M Munshi said in the early 60s: If, however, the misuse of the term `secularism' continues... if every time there is an inter-community conflict, the majority is blamed regardless of the merits of the question, the springs of traditional tolerance will dry up... While the majority exercises patience and tolerance, the minorities should adjust themselves to the majority. Otherwise the future is uncertain and an explosion cannot be avoided."