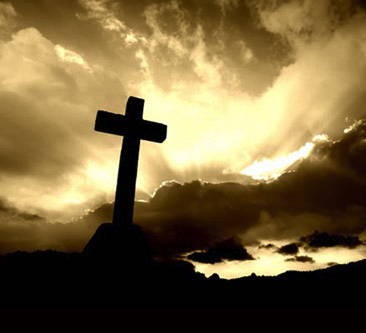 The Rev. R. Philip Roberts, the president of a Southern Baptist seminary in Kansas City, Mo., is an evangelist with a particular goal: countering Mormon beliefs.

Mr. Roberts has traveled throughout the United States, and to some countries abroad, preaching that Mormonism is heretical to Christianity. His message is a theological one, but theology is about to land squarely in the middle of the Republican presidential primary campaign.

As the Republican voting moves South, with primaries in South Carolina on Saturday and in Florida on Jan. 31, the religion of Mitt Romney, the front-runner, may be an inescapable issue in many voters’ minds. In South Carolina, where about 60 percent of Republican voters are evangelical Christians, Mr. Romney, a devout Mormon and a former bishop in the church, faces an electorate that has been exposed over the years to preachers like Mr. Roberts who teach that the Mormon faith is apostasy.

Many evangelicals have numerous reasons, other than religion, for objecting to Mr. Romney. But to understand just how hard it is for some to coalesce around his candidacy, it is important to understand the gravity of their theological qualms.

“I don’t have any concerns about Mitt Romney using his position as either a candidate or as president of the United States to push Mormonism,” said Mr. Roberts, an author of “Mormonism Unmasked” and president of the Midwestern Baptist Theological Seminary, who said he had no plans to travel to South Carolina before the voting. “The concern among evangelicals is that the Mormon Church will use his position around the world as a calling card for legitimizing their church and proselytizing people.”

Mormons consider themselves Christians — as denoted in the church’s name, the Church of Jesus Christ of Latter-day Saints. Yet the theological differences between Mormonism and traditional Christianity are so fundamental, experts in both say, that they encompass the very understanding of God and Jesus, what counts as Scripture and what happens when people die.

“Mormonism is a distinctive religion,” David Campbell, a Mormon and an associate professor of political science at the University of Notre Dame who specializes in religion and politics. “It’s not the same as Presbyterianism or Methodism. But at the same time, there have been efforts on the part of the church to emphasize the commonality with other Christian faiths, and that’s a tricky balance to strike for the church.”

On the most fundamental issue, traditional Christians believe in the Trinity: that God is the Father, the Son and the Holy Spirit all rolled into one.

Mormons reject this as a non-biblical creed that emerged in the fourth and fifth centuries. They believe that God the Father and Jesus are separate physical beings, and that God has a wife whom they call Heavenly Mother.

It is not only evangelical Christians who object to these ideas.

“That’s just not Christian,” said the Rev. Serene Jones, president of Union Theological Seminary, a liberal Protestant seminary in New York City. “God and Jesus are not separate physical beings. That would be anathema. At the end of the day, all the other stuff doesn’t matter except the divinity of Jesus.”

The Mormon Church says that in the early 1800s, its first prophet, Joseph Smith, had revelations that restored Christianity to its true path, a course correction necessary because previous Christian churches had corrupted the faith. Smith bequeathed to his church volumes of revelations contained in scripture used only by Mormons: “The Book of Mormon: Another Testament of Jesus Christ,” “The Doctrine and Covenants” and “Pearl of Great Price.”

Traditional Christians do not recognize any of those as Scripture.

Another big sticking point concerns the afterlife. Early Mormon apostles gave talks asserting that human beings would become like gods and inherit their own planets — language now regularly held up to ridicule by critics of Mormonism.

But Kathleen Flake, a Mormon who is a professor of American religious history at Vanderbilt Divinity School, explained that the planets notion had been de-emphasized in modern times in favor of a less concrete explanation: people who die embark on an “eternal progression” that allows them “to partake in God’s glory.”

“Mormons think of God as a parent,” she said. “God makes the world in order to give that world to his children. It’s like sending your child to Harvard — God gives his children every possible opportunity to progress towards this higher life that God possesses. When Mormons say ‘Heavenly Father,’ they mean it. It’s not a metaphor.”

It is the blurring of the lines between God, Jesus and human beings that is hard for evangelicals to swallow, said Richard J. Mouw, president of Fuller Theological Seminary, an evangelical school in Pasadena, Calif., who has been involved in a dialogue group between evangelicals and Mormons for 12 years and has a deep understanding of theology as Mormons see it.

“Both Christians and Jews, on the basis of our common Scriptures, we’d all agree that God is God and we are not,” Mr. Mouw said. “There’s a huge ontological gap between the Creator and the creature. So any religious perspective that reduces that gap, you think, oh, wow, that could never be called Christian.”

Mormons tend to explain the doctrinal differences more gently. Lane Williams, a Mormon and a professor of communications at Brigham Young University-Idaho, a Mormon institution, said the way he understands it, “it’s not a ‘we’re right and they’re wrong’ kind of approach. But it’s as though we feel we have a broader circle of truth.

“My daily life tries to be about Jesus Christ,” he said. “And in that way, I don’t think I’m much different from my Protestant friends.”

In a Pew poll released in late November, about two-thirds of mainline Protestants and Catholics said Mormonism is Christian, compared with only about a third of white evangelicals. By contrast, 97 percent of Mormons said their religion is Christian in a different Pew poll released this month.

Mr. Mouw said that only a month ago he was called to Salt Lake City to mediate a theological discussion about Mormonism among four evangelical leaders who had collaborated with Mormon leaders to pass the Proposition 8 ban on same-sex marriage in California. After two and a half days of discussions, the group was divided on Mormon theology, Mr. Mouw said.